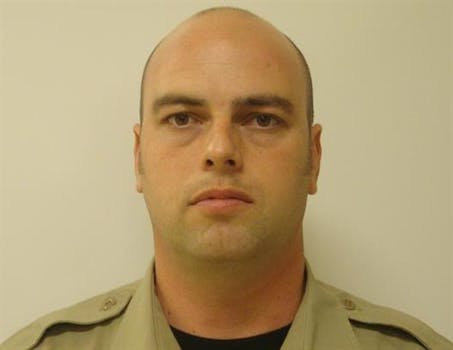 Another deputy Oconee County Jail in Georgia resigned after engaging in conversation of a sexual nature with the inmate.

A jail deputy has been fired and another has resigned after the two men sent Facebook friend requests to a female inmate.

Power was fired for his actions, while Rogers resigned after a hearing on Aug. 3.

“There was a difference in the level of conduct between the two,” Deputy Lee Weems told the Athens Banner-Herald. “The one that resigned pretty much owned up to his portion of the thing pretty quickly.”

The jail reportedly found out about the Facebook requests after the inmate was released on bond on July 23. The inmate, whose identity has not been released, did not have access to her cell phone or computer while incarcerated. The messages were discovered on the inmate’s phone and computer after she was released.

“I don’t have any exact quotes from her … just conversations of a sexual nature,” Weems said. “There is no evidence of any actual physical contact having taken place, and such was adamantly denied by all parties involved.”

Photo of Dewyane Powers via MSNBC