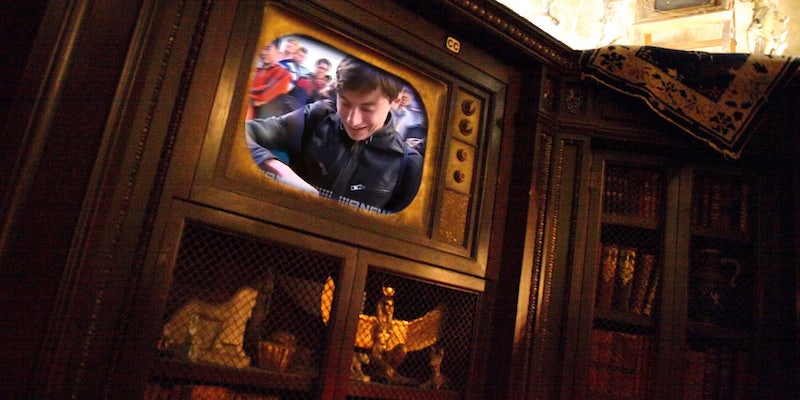 Imagine this: You’re one of the first people in the world to get your hands on Apple’s newest iPhone. What’s the first thing you do?

If you’re 18-year-old Jack Cooksey, you drop your brand-new device on the ground.

The Perth resident was the first person in the Australian city to purchase the iPhone 6. When he was being interviewed by a reporter from 9 News Perth, he was so eager to show off the device that he could barely contain his excitement—or the phone itself.

YouTube user danieljurgens, who was standing nearby, caught a different perspective of the incident.

Since the phone was still guarded by some of its original packaging, it didn’t appear that Cooksey was going to go home with one of the world’s first-ever cracked iPhone 6 screens. Besides, it’s already been proven that the phone’s screen can apparently survive everything from drops to knives.

Hopefully, Cooksey decided to make an Otterbox case his second purchase that day. Just in case.