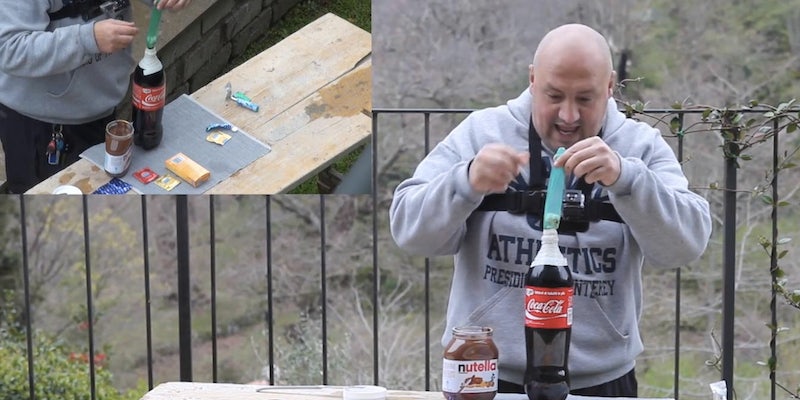 We've yet to figure out what the Nutella is doing there.

Thanks to what might be the world’s most excited Italian man, you can now watch what happens when you add a condom and Nutella to the old Coke-and-Mentos-explosion phenomenon.

According to YouTuber Magic Mille, this experiment sets somekind of “world record.” What that record might be, I have no idea. (I also don’t know why the Nutella is at all necessary.) His enthusiasm, though, is as explosive as a carbon dioxide- and chocolate hazelnut-filled condom.

Magic Mille speaks exclusively in Italian, which I do not speak and, odds are, you also do not speak. I did make “Italy!” and “Yes!” Luckily, passion for Nutella, Mentos, Coke, and condoms is a common enough tongue for anyone on the Internet.