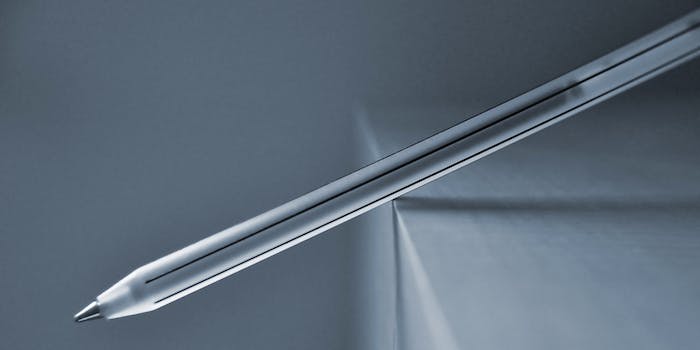 Is this the Bitcoin tipping point?

These are big developments, and I don't foresee things slowing down any time soon.

The price of Bitcoin has remained stagnantly low lately, hovering in the mid $400s, but the amount of recent good news is nothing short of insane fantasy. Just over the past week, BitPay received another round of funding from investors, including billionaire Richard Branson and Yahoo! co-founder Jerry Yang. This new round values BitPay, one of the leading merchant payment processors for the Bitcoin protocol, at $160 million.

Also last week, the United States federal government unveiled its decision to allow Bitcoin donations to federal political campaigns. That’s huge: every twenty something and thirty something in America just found another reason to get back into following politics. And every member of Congress with an interest in re-election just found a reason to be real friendly to Bitcoin moving forward.

And on Friday, USA Today replaced the logo on their homepage with the signature B logo for Bitcoin to pay homage to its newfound status in the United States as politically valid money.

These are big developments, and I don’t foresee things slowing down any time soon.

Bitcoin has passed a kind of event horizon, and there’s no going back from here, even if we wanted to do so. Digital currency—whether it be Bitcoin itself, or one of its descendants like the canine Dogecoin or analytical Vertcoin—will grow to dominate the world’s financial system. In fact, if you look at all other “analog to digital” movements, once the trend starts, it doesn’t stop until total saturation. For instance, do any of your friends still have an analog TV receiver with rabbit ears?

The more you study this stuff, what you see quite clearly is that since President Nixon took America off any semblance of the gold standard, bank account balances around the world have become just digital ledgers: you have money at Citibank because Citibank says you do. And Bitcoin is a massively decentralized, cryptographically real-time verified digital ledger—as such, it does a better job of being modern money. Consumers are already very good at picking winning technologies, and I trust this will hold true with digital currency vs. the legacy fiat banks as well.

And the smart banks will rush into Bitcoin: it’s just another product for them to sell. Only this product sells itself, and the margins are far lower—but a large institution like Bank of America could conceivably make up in sheer volume what it loses out in margin.

Already a well-financed start up, Xapo, has announced plans for a Bitcoin-denominated debit card that will be accepted anywhere normal credit and debit cards are. That’s real world acceptance everywhere, just days or weeks away.

As a person who just generally cares about America and wants to see us come out ahead, I’ve been slowly terrified by the reduction in our civil liberties over the years, between the drones overhead to NSA snoops under our (digital) covers. It was starting to look dire. As I saw it: If the Occupiers were right, and these zombie banks really are so powerful, no one stands a chance at reforming the system. And if the Tea Party was right, a high tech predatory government that all-powerful could not be stopped, any more than you could stop the government in Orwell’s oft-quoted 1984.

And then something happened: Bitcoin, the black swan of black swan events.

Black swans are a very real part of human history, especially modern history, from the radio transmitter to penicillin and the financial crisis. And like tech innovations the Internet portal, the search engine, the tablet computer—these are obviously crucial in retrospect, but only noticed by a few beforehand.

Despite the progress Bitcoin is making, the question remains: Will governments stop it? (I get asked this a lot.)

I don’t think they can, to be honest—and I don’t think they want to. When the light bulb was invented, the government didn’t outlaw them. They asked, “Where do we buy some?” I think the establishment will soon be asking the same question about digital currency—if they aren’t already.

David Seaman is a journalist and host of the David Seaman Hour, available free on iTunes Podcasts and Stitcher.

Photo via mattcornock/Flickr (CC BY 2.0)