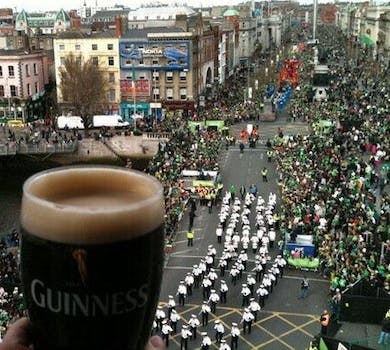 No alchohol involved, believe it or not.

Much of Ireland will be nursing sore heads today, as the bleary-eyed masses try to remember what happened as they celebrated their national holiday.

@Ireland, on the other hand, took a much more low-key approach to the festivities.

Much like the more-famous @sweden, Ireland’s national Twitter account is run by a different Irish Twitter user each week. As the Emerald Isle ran awash with Guinness and whiskey, @Ireland’s most recent Twitter curator, radio broadcaster Rick O’Shea, was on the other side of the Atlantic.

Here’s how @ireland celebrated its big day. (Note: @ireland’s Twitter name is now “Ciaran,” the Irish tweeter who took over for O’Shea this week, but the tweets below are O’Shea’s.)