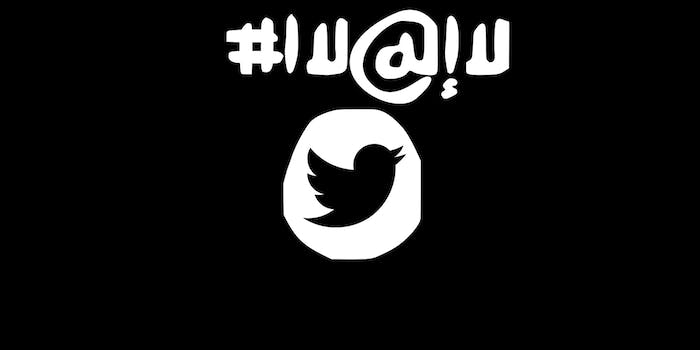 While much of the mainstream media focuses on the fast-approaching World Cup, the Internet at large is slowly revealing the true horror of the recent invasion of Iraq by The Islamic State of Iraq and the Levant (ISIS).

The group of militants, who entered the troubled Middle Eastern country from Syria, have been sweeping across northern Iraq, headed toward the Iraqi capital of Baghdad, taking control of more than a dozen towns and cities across the embattled country.

Originally part of the al-Qaeda network—before they were kicked out for being too ruthless —ISIS has widespread control of the Iraqi provence Ninevah. The militants released more than 1,200 prisoners from a jail in Mosul, and forced an estimated 500,000 citizens to flee the city. Those who remain must now abide by a new set of rules for the populace, set by ISIS.

The rules, chronicled on Twitter by reporter Jenan Moussa, are predictably sexist and otherwise restrictive.

ISIS rules: No drugs, no alcohol and no cigarettes allowed. (6/11) #Nineveh @akhbar

ISIS rules: For those asking who R u? We R soldiers of Islam &took on our responsibility to bring back glory of the Islamic Caliphate. 2/ 11

For those who read Arabic, here original document of ISIS set of rules in #Nineveh. I’ve only translated main points. pic.twitter.com/gmj8rj4udV

Much of the first-person news from the area has been coming from social media rather than traditional news sources, an increasingly common occurrence in places like Syria and Iraq, where events happen without notice. On YouTube, a number of chilling videos show the fights between Iraqi forces and the invading insurgents.

One account has a video of “Maliki soldiers” (Nouri al-Maliki is the Prime Minister of Iraq) being forced to run away by the “Mujahadeen.”

The same YouTube account has also uploaded a video of what looks to be Iraqi soldiers being herded through a Tikrit prison after being captured by ISIS.

While the U.S., and U.K. have ruled out intervention so far, they have widely decried the invasion by the group. The State Department has also not ruled out that ISIS will soon move onto Baghdad.

The Associated Press later confirmed ISIS’s plans to move into the capital city.

BREAKING: Al-Qaida-inspired group says it will march on Baghdad after seizing 2 key Sunni cities in Iraq.

On Thursday, the Iranian President Hassan Rouhani escalated matters by saying Iran would “combat terrorism in Iraq”—a promise that, in years past, has led to even greater conflict in the region.