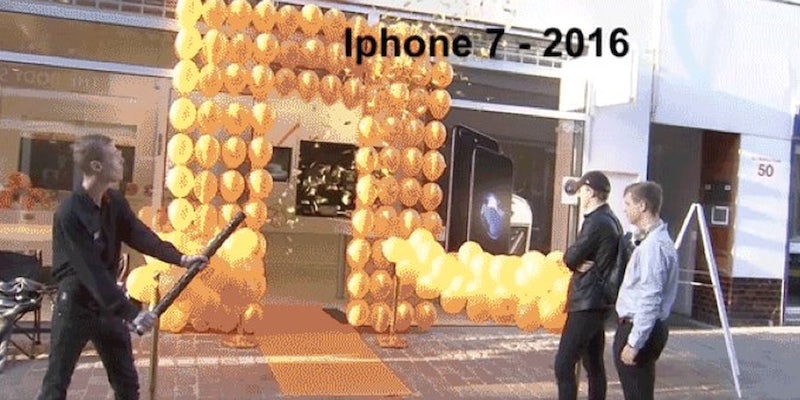 These two guys got their phones, though.

It’s new iPhone day! In America, we typically celebrate this occasion by lining up like dummies–some of us camping overnight— to get a marginal phone upgrade now instead of a week later.

In Viborg, Denmark, however, things are a bit different.

Back in 2010, Danes queued up in the rain for the iPhone 4, but times have changed. Now it’s all the same hype—even golden balloons and a confetti canon—for two guys who seem a little embarrassed (and don’t look like they were waiting all that long).

“The hype isn’t what it once was,” reports TV Midt-Vest.

Even the two men who showed up weren’t exactly overflowing with enthusiasm for the new phone.

“It’s equipped with a new chip, as they do every year, which of course makes it faster. And then they call it A 10 Fusion this time, when it was called A9 last time,” said Thorbjørn Riisager, one of the two dudes.

Maybe it’s the years of incremental upgrades, or maybe consumer culture in Denmark isn’t as compulsive as it is in the United States, but this strikes me as a sane and healthy response to the re-release of the device you already have in your pocket.