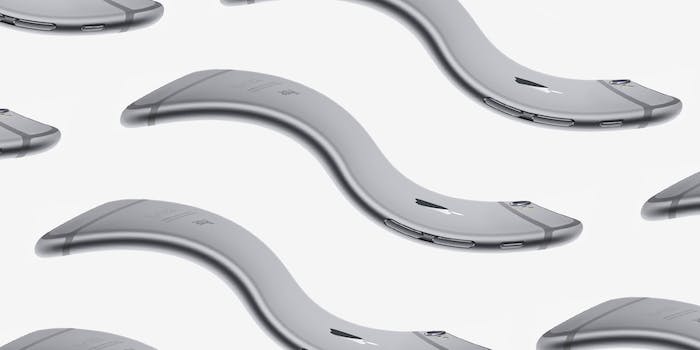 Funny because it's true?

Is it deliberate? Is it a beautiful accident? We don’t care. All we know is that this bent iPhone 6 billboard is the best thing we’ve ever seen.

Apple’s been plagued with bad press since the launch of its new handsets over the claims that the iPhone 6 Plus is so big it’s easy to accidentally bend in your pocket. Some maintain the problem is overblown—but since the early videos, it’s becoming a bona fide phenomenon, with pre-bent phone cases on sale, and foolish teens going into Apple stores to test the rumors for themselves.

Apple, for the record, contends that only nine people have complained about bent iPhones.

Despite that statements, it appears a billboard in Berlin is getting in on the bendgate action—a kink in the design of the structure has left an advertisement for Apple’s new handset generating entirely the wrong kind of publicity.

. @vladsavov @verge I went to check, the bent iPhone 6 poster in Berlin is real an hilarious pic.twitter.com/6lRSbXWVtn

And that’s not all—a Dutch display cabinet shape is also garnering retweets and laughs on Twitter, at Apple’s expense: