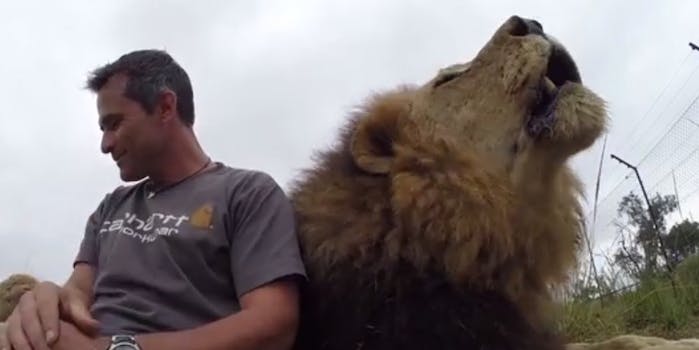 World Lion Day is coming up on Sunday, and Tau the lion’s apparently pretty excited about its arrival.

On location with South African “Lion Whisperer” Kevin Richardson to film a promotional segment about the shrinking habitats of big cats, the 17-year-old lion apparently got excited enough to interrupt the spot completely—hijacking what’s meant to be a serious message about the dangers of human expansion throughout Africa.

It’s so hard to get a word in edgewise among lions.

Richardson eventually got his point across after putting Tau in another spot.

Photo via The Lion Whisperer/YouTube