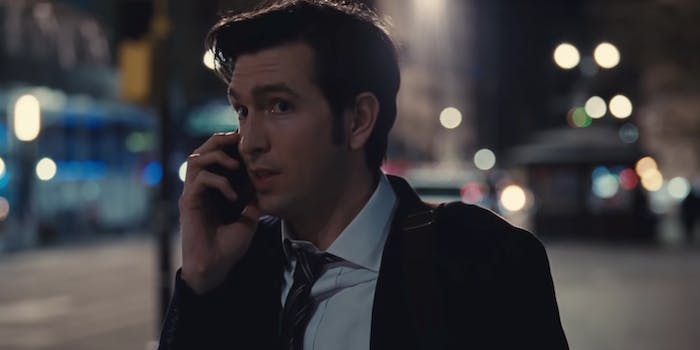 This week on the internet: Astrology memes level up

Astrology meme accounts became popular a few years ago, but they’re still going strong on Instagram. One of the top accounts, @notallgeminis, posts memes about the 12 zodiac signs multiple times a week—and they’re often tied to a celebrity paparazzi photo or a still from a TV show or movie. This week, the account’s Succession memes took off across social media, likely because season 3 of the HBO series is arriving this fall.

The Succession memes also follow a format I’ve been seeing across meme accounts lately: a still from a TV show or movie with a caption showing a line of dialogue from a character, labeled with not just zodiac sun signs but also rising and moon signs. Ever since astrology exploded on the internet, people have become much more interested in knowing their birth time. With that data, you can find out your rising sign, moon sign, and other aspects of your birth chart. @seinfeldastrology, an Instagram account that began posting earlier this month, also makes memes about the personality traits of rising and moon signs using Seinfeld screengrabs.

Astrology memes are not going away; they’re expanding. People don’t just want to share and enjoy memes about sun signs—they want memes that reflect their moods and quirks that are attributed to, say, being a Cancer rising with an Aquarius moon.

Imagine never using another tampon again. A glorious thought, yes? It’s actually possible thanks to Cora, a forward-thinking company blazing a new path to make people’s menstrual cycles easier than ever before. Its newest product, the Cora Disc, only has to be changed once a day. It’s also eco-conscious because you just remove, clean, and wear it again. Perhaps best of all, it allows for intimate time without the mess because it doesn’t get in the way. We tried it out ourselves, and we loved it.

Meet Speedy & the G, the TikTok comedy besties taking over your For You page

“Is it just me or is anybody else just strictly on Cory and Damen TikTok?” one user, Ben, muses. “They’ve taken over my entire For You page.”

Winn and Mummert—collectively known as Speedy & the G, an homage to the Looney Tunes character Speedy Gonzales—have been posting together for nearly two years. They are easily recognizable because of the distinct style of their TikToks. They start every clip by shaking each other’s hands. The videos cut back and forth between the two men as they converse and crack jokes.

Mummert tells the Daily Dot that the duo always thought they’d make it on YouTube, so it was surprising when they took TikTok by storm.“I didn’t think it’d happen this quickly, on our secondary format where we’re just like, ‘Maybe this will help us out in our long run of YouTube and stuff,’” Mummert says. “It was definitely weird that it’s grown so much so quickly.”

Tumblr is testing a subscription service

Tumblr announced Post+ on Wednesday, a subscription service that allows creators to put some content behind a paywall, asking followers to subscribe at three different tiers: $3.99, $5.99, or $9.99 per month, with Tumblr taking 5% of the profits. Echoing Substack, it sounds like an efficient way for Tumblr users to earn money on the platform.

But it’s inspiring a deluge of mockery and criticism. This is partly due to Tumblr’s culture, where users see the platform as an anarchic space where influencer-style power users never managed to thrive.

The other issue is what type of content people are able to monetize on the site, particularly in the wake of Tumblr’s 2018 purge of NSFW creators. Post+ might have been very useful for sex workers, but they’ve mostly been removed from the site. Similarly, while fanfic and fan art are perfectly legal, this only counts if you’re not making money. If you try to make a profit, then you may face legal action.