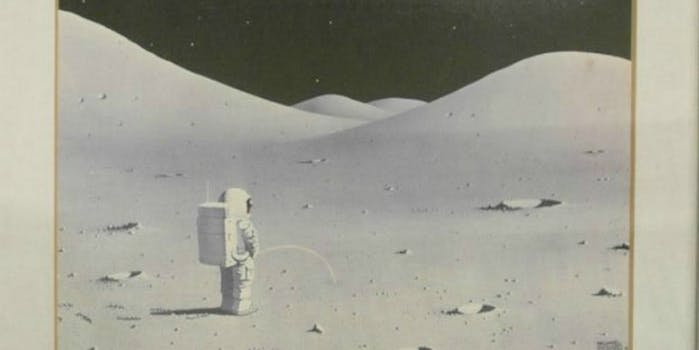 Sometimes your parents' wall art is way too splashy.

There is no statute of limitations for how long it takes to win an argument. It might take a matter of hours, or weeks, or even months for you to be proven right, and no matter the length of time has passed, that feeling of satisfaction—that feeling of freakin’ vindication—is always as fresh as the morning dew.

In some cases, it might take a quarter-century, and you’d better believe that sense of superiority feels damn near orgasmic. Such is the case with redditor Z0MGBiEF, who shared his joy after he solved a puzzle that had haunted him for the past 25 years.

The story is as follows, with the requisite photo: 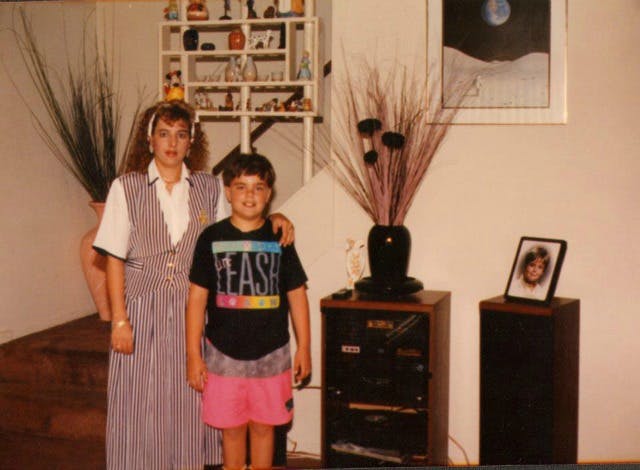 So a few years back I was digging through old family photos at my mom’s house and I came across this magical gem from sometime around 1990. That is yours truly rockin’ the pink shorts around age 9 and that is my mom. This photo was taken in our old living room. Now, there was some major family drama regrading [sic] this specific photo because I swore to my mom, grandma, aunt, etc that the painting you see hanging in the background of this photo was of an astronaut taking a piss on the moon.  My mother however refused the claim arguing she would never in a million years have been so ghetto as to have a painting of an astronaut pissing on the moon hanging in her living room. I argued the claim for 45 minutes but was outnumbered by the loud-ass South American women in my family who accused me of nothing more than trolling. I however stood firm by my claim, trusting my memory wasn’t betraying me.  This whole thing has since become a running joke on me, all of them ganging up on me to rub it in my face that I would think something so stupid and argue them over it … oh how I fucking wanted a copy of this painting to prove them wrong!

What could the redditor do to prove himself right?

For the past two years, he’s searched for the photo without any luck. He contributed to a reddit post entitled “What’s your internet ‘white whale,’ something you’ve been searching for years to find with no luck?“, but he found no relief there either.

Fast forward to about 30 min ago. An old World of Warcraft guild mate from 2005 who lives in the UK posted a photo of himself going on vacation. For no particular reason I started scrolling back through some of his old posts seeing if I had missed something. We don’t talk all the time and he almost never posts. My friend works from home for a Ventrilo server hosting company and he has what I consider a god tier server room that looks like a hacker battlestation circa 1998. I came across this photo which he had posted over a year ago that I had seen before, except that I never noticed something he had lingering in the background…do you see it?  Oh yes…when I noticed it my heart leaped out of my fucking chest and I probably took a shit.  MY WHITE WHALE!!!!  Immediately I sent him a message and asked for a close up …

Here’s the chestnut that showed up in his inbox. 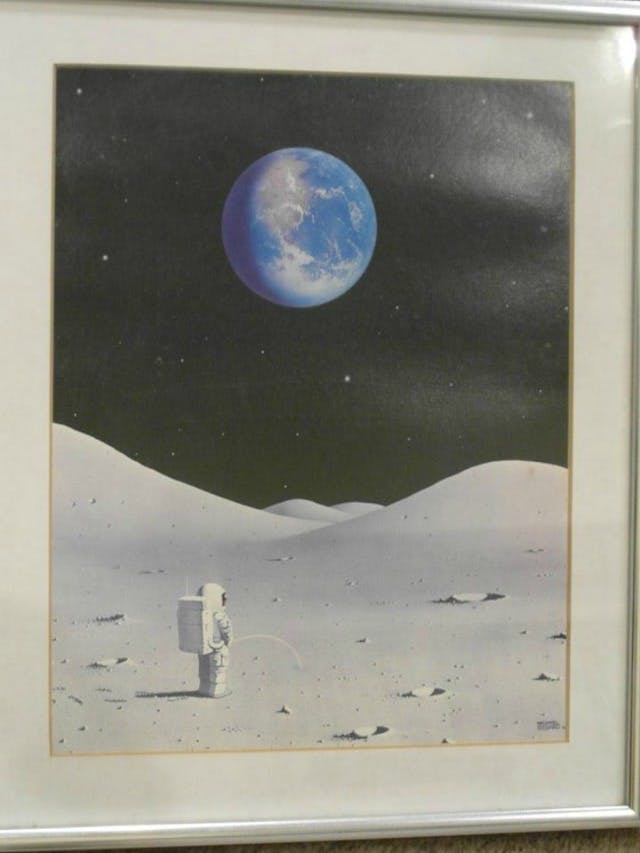 Compare that to the original photo. 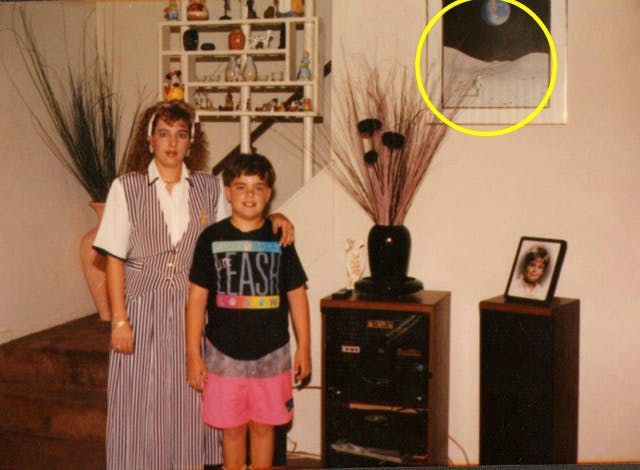 And in case you were wondering, yes, astronauts really do have to urinate in space (obviously). But usually they don’t take a leak on the moon. They actually wear high-tech diapers—a photo of which you can see here. Strangely enough, that’s the painting that hangs on my living room wall.