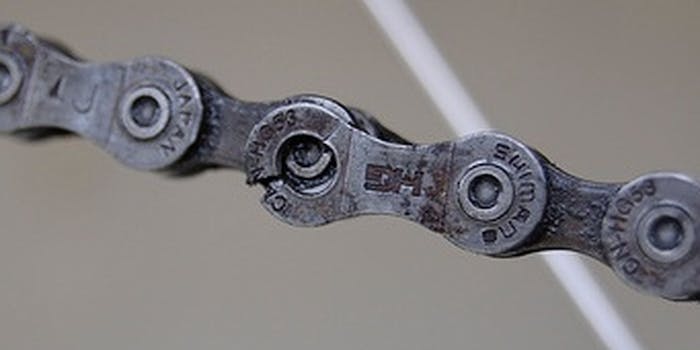 Instagram is reportedly cracking down on people who use self-promotional links in comments.

Reports of the anti-spam move emerged via the blog Instagramers Thursday. In a comment on one of his own photos, Andrés Altamirano (@Justiciere) shared a link to an interview Instagramers founder Phil Gonzalez carried out with him and was promptly banned.

Similarly, an account that’s part of the Instagramers community, @IgersSoria, was banned after sharing a link to its Facebook page.

Spammy comments on Instagrams appear to have increased sharply in recent weeks and months. Gonzalez noted that dozens of accounts were hacked last weekend, with the persons responsible adding comments with spam links and even photos urging people to sign up for an iPad mini test.

Links aren’t enabled in comments, so you cannot click on them. Instagram’s taking a proactive approach to cutting out spam, and has measures in place to stop people from sharing the same comment on multiple photos.

Instagram’s terms of service state that “You must not use web URLs in your name without prior written consent from Instagram, inc.” However, the community guidelines shed a little more light in a section about spam:

Instagram is a place where people can share beautiful photos of their lives, and when you engage in self-promotional behavior of any kind on Instagram it makes users who have shared that moment with you feel sad inside. This guideline includes repetitive comments, as well as service manipulation in order to self-promote, and extends to commercial spam comments, such as discount codes or URLs to websites. We ask that you keep your interactions on Instagram meaningful and genuine, and note that we are working on reducing comment spam.