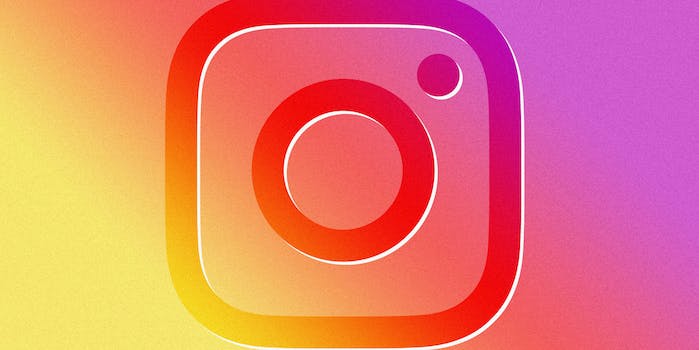 The social site cracks down on a number of pages that violate its terms but usually smaller ones, rarely notable pages with millions of followers—and not all at once. We’re talking @pubity, @ ComedySlam, and even @God, according to the Atlantic, which first reported the purge. @ComedySlam and @God remain offline, while @pubity has reemerged as a private page.

According to an Instagram spokesperson, the social media giant is cracking down on the theft, trading, and sale of Instagram usernames—many of them made up of easily searchable one-word handles.

“We’ve seen behavior on Instagram whereby some usernames, for example, usernames which contain a single word, letter or number, are stolen or traded. This behavior violates our policies in a number of ways: we do not allow people to buy, sell or trade aspects of their account, including usernames. We are consistently taking steps to disincentivize and stop this behavior, including removing accounts that violate our policies,” an Instagram spokesperson told the Daily Dot.

For some who have made memes their income, it’s been a nightmare.

Dylan White, who runs the page for pop culture page @Jaw, told the Atlantic the crackdown affected his Christmas.

“This is my full-time income, so it’s very detrimental to my livelihood,” he explained. “I was trying to eat dinner and socialize with my family … but knowing behind the scenes everything I’ve built, my entire net worth, was just gone before my eyes.”

Not all meme pages are created equal. Some are full of spam or scams, and of course, the site wants to protect its users.

With Facebook on the front lines combating bad press and trying to clean up its act, it’s not surprising that the Facebook-owned Instagram would follow suit. With so many meme pages out there, a mass-ban seems like the quickest way to be sure users are protected. But these big meme sites also help the growth of the platform. Millions open the app every day for a laugh or relatable moment. While Instagram seems to recognize the importance of the Instagram influencer, it doesn’t seem to be putting the same spotlight on the meme pages, which influence too.

In many cases, meme sites have more followers than influencers.

“It seems like Insta values celebrities more than anyone else,” Mitchell Burke, a teen and meme page admin who lost several pages, told the Atlantic. “If you’re a content account, you’re treated as an average user. You could have 10 times the following as these celebs and still get treated like an average person.”

It’s a big warning for any account holder no matter how many followers they have. Instagram owns the app, it’s not yours, and as fast as you can rise you can also disappear.

Update 12:38pm CT, Dec. 27: This story has been updated with a statement from Instagram.