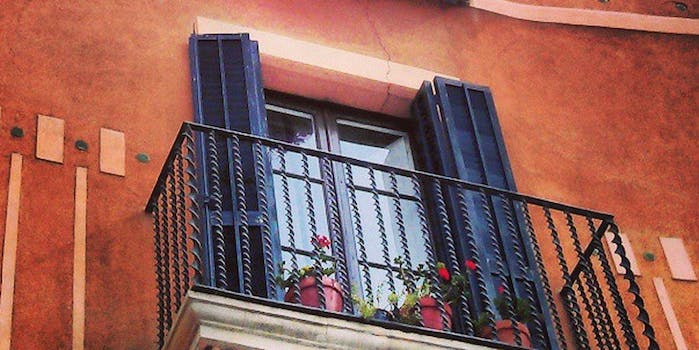 "I can do what I want with my baby. Nobody can stop me," claimed Aisha Jean Clark.

Michael Jackson caught a lot of flak for dangling his infant son, Prince Michael II, over a balcony back in 2002, but imagine how much worse it would have been if he’d been able to post an Instagram selfie of the scene.

That’s exactly what one Florida woman did this week, holding an infant over a 12-foot drop with one hand and firing up Instagram with the other.

Aisha Jean Clark’s friends alerted police after seeing her photo Tuesday. When cops arrived at her Tampa apartment and asked if she knew why they were there, she laughed and showed the photo on her iPad, the arrest report stated.

Clark, 25, and her baby were wearing the same clothes as in the photo.

“I was mad and I was making a point,” Clark told cops, according to Bay News 9. “I can do what I want with my baby. Nobody can stop me.”

Clark, who was previously arrested twice for battery, faces child neglect charges and was held without bail. She has since made her Instagram account, @RatMove13, private.