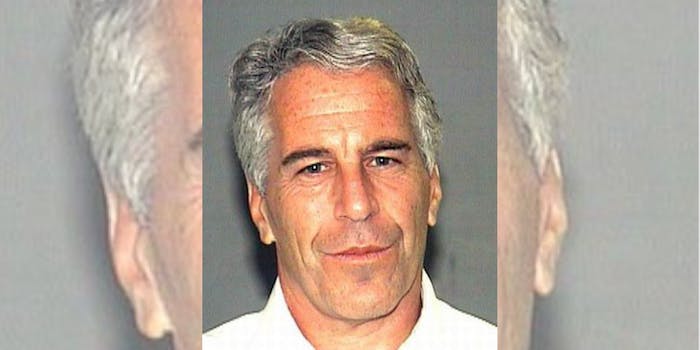 The right is fixing to lose their minds.

In recent months, Facebook has started ramping up its fact-checking efforts, announcing this week that those would cross over to Instagram.

Almost immediately, Instagram users began reporting that the company, which is owned by Facebook, was flagging Jeffrey Epstein joke memes as “false information” and placing a banner over the content.

Among the memes that Instagram has begun hiding from view is one alleging, falsely, that Hillary Clinton killed Epstein, the billionaire sex offender who committed suicide in jail last summer, reports Reclaim the Net.

We need a fact check for a fact check. #epsteindidntkillhimself #factcheckthefactcheckers

Although Instagram has started censoring some memes about Epstein, a search for #EpsteinDidntKillHimself turned up more than 45,000 posts, including many that are obviously based on conspiracy theories and one almost identical to the meme that was reportedly censored.

Some have concerns about whether fact-checkers and the artificial intelligence their work is intended to inform will be able to effectively spot satire, jokes, and legitimate social commentary.

Self-proclaimed radical free speech purists and people who promote hate speech are chief among those crying censorship over such efforts to police content.

Reclaim the Net writes that the post about Clinton killing Epstein “was evidently a humorous meme.”

Although concern about the oversight of fact-checkers is legitimate, describing this particular meme as obviously a joke that’s not to be taken seriously stretches the bounds of reason. Many conspiracy theorists do believe that the Clintons killed Epstein, an unfounded claim that has been promoted by the president.