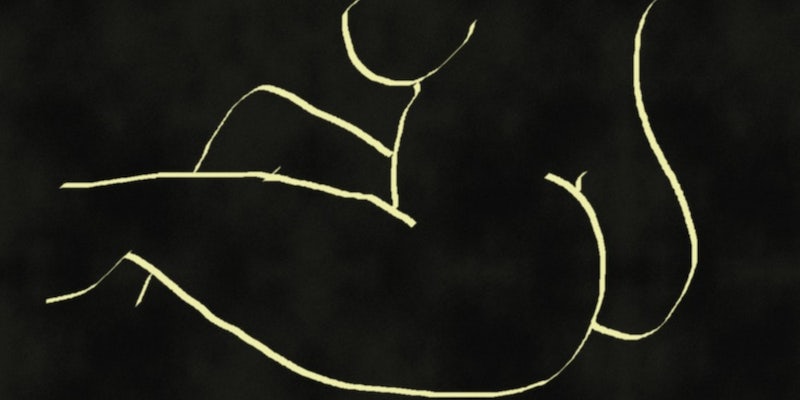 Here's why we don't need to reclaim 'curvy.'

The resulting criticism has been swift, as it typically is whenever Instagram makes a snap (pun intended) decision regarding what is and isn’t allowed on its service. Many writers have pointed out that other words, like #skinny and #fat, or curvy-related terms, like #curvylady, continue to work, and that this is somehow indicative of Instagram’s hypocrisy. Some have even suggested that Instagram is secretly trying to oppress curved women.

I don’t really follow the logic here—if a tag was banned because it was being used to violate Instagram rules, then it doesn’t make sense to ban tags that aren’t, just because they are similar. But at the same time, it’s true that banning an intrinsically innocuous tag because some users are using it for nefarious (?) purposes in the nipple-hating Instagram world seems equally nonsensical. “Curvy” is not at fault here. Users are. A more logical solution is to ban users and photos, not tags.

Still, I’ve had a hard time generating too much outrage of my own, for one reason: I hate the word “curvy.” To be more precise, I hate “curvy” as a euphemism for fatness, as a gentle soft-spoken alternative to more forceful and confrontational means of identifying one’s body.

I hate the word “curvy.” To be more precise, I hate “curvy” as a euphemism for fatness, as a gentle soft-spoken alternative to more forceful and confrontational means of identifying one’s body.

But there is also the simple fact that I am not, myself, curvy.

I am not curvy, I do not have curves. This is not to say that I am not curved in places—being quite fat, I am by design covered in sloping and undulating surfaces—but that I am not representative of the encoded meaning I glean from the euphemistic use of “curvy” to describe a body that is some measure fatter than cultural beauty standards would typically embrace.

I have never in my life referred to myself as “curvy.” I’ve never even thought it, not in seriousness, not in jest, never mumbled it privately to my mirrored reflection, never internally repeated “hnmf, I am a curvy lady!” to convince myself that my body wasn’t something I needed to be ashamed of anymore.

I don’t call myself curvy because I have particular associations with the word. Certainly many bodies have literal curves, but the euphemistic “curvy,” to me, aligns itself with a specific preferred shape, an hourglass, a body that swells appreciably at the bust and hips and winnows down to a tidily defined waist in between.

While curvy can also be applied to average-sized bodies, most of the backlash I’ve seen over Instagram’s ban has come from fat-positive users. And the fact remains that “curvy” is what plus-size corporate chain stores like Lane Bryant often use to describe their plus-size customers, because “curvy” is accessible and maybe even a compliment and they understandably fear alienating their customers by actually calling them fat.

In fact, “curvy” is often positioned in direct contrast to “fat”—women will reassure one another that they’re not fat, they’re curvy. Fat is bad, but “curvy” is the acceptable alternative, the body that is bigger but not disgusting, as “fat” would be.

Unlike a fat body, a curvy body is one that may press the limits of what is socially permissible but does not actually break any boundaries. “Curvy” is still aspirational, it’s still trying to separate itself from abject and unabashed fatness, it’s saying, “It’s OK to be a little bigger so long as you’re shaped the right way, and you can still sort of fit in, and you can still kind of belong.”

And it is OK to be a little bigger. It’s also okay to be a lot bigger, or to be very curved, or to be very slender. It’s also OK to not have a sexy curvy lady-shape because that’s just not how you’re built. It’s also OK to just be straight-up fat. Whatever your body looks like, it is OK that it looks that way. There are no actual laws against having a certain body, at least not yet. The only reprisals are social, which are often bad enough. Still, I am going to tell you that it’s OK.

I’ve never even thought it, not in seriousness, not in jest, never mumbled it privately to my mirrored reflection, never internally repeated “hnmf, I am a curvy lady!” to convince myself that my body wasn’t something I needed to be ashamed of anymore.

My boobs and my belly were always against my ever joining the curvy crowd. For many years even after I came to a certain degree of acceptance about my body, I still thought it would be “better” if I had larger breasts. Not terrifically larger—a C cup would have been enough. I thought the swells and undulations of my sizable belly would be prettier if “balanced” with a pair of more substantial breasts up top, to trick the eye into making my middle look smaller by comparison, maybe even like I had something of that coveted defined waistline.

I also thought larger breasts would be sexier. This is hardly a new idea, as small-bosomed women of all sizes have struggled with this notion that bigger breasts = more sexy since my mother’s generation.

Even as a self-accepting fat woman, I was still falling into the trap of wishing that my body adhered to these feminized standards better, because maybe being fat would be easier or more “OK” if I was also curved appropriately, if I had a cute waistline, a cute belly, and cute cleavage and was proportioned in a totally different way.

Nearing 40 now, I am pretty far beyond seeking this particular validation. But I still have a personal aversion to curvy as a catch-all euphemism: It still suggests to me—and I would guess, to many people—that only some bodies are entitled to be looked at and appreciated, and those are the bodies with the “correct” curves.

I am not policing the language of individuals here; I would not presume to dictate to any single person which words they may or may not use. As a unique body-haver, you use the words that you like.

However, “curvy” has unavoidable cultural connotations that must be understood even by those using the word totally innocently to describe a body shape that meets the hourglass standards that most curvy-identifying people tend to adhere to. I struggle with seeing the euphemistic “curvy” as particularly revolutionary or groundbreaking when it still seems to be reproducing established standards for the preferred feminine shape.

Yes, it’s lousy that Instagram is inadvertently throttling some body-positive conversations by killing this tag. Yes, it’s especially important to hold companies like Instagram accountable for their actions. And Instagram certainly has a history of making odd and enraging choices and applying inconsistent standards when it comes to pictures of “curvy” (or fat) women, such as when they removed Meghan Tonjes’ butt selfie as “mature content” while the butt selfies of uncountable thinner women were allowed to remain intact.

But this is not quite the same as that. The popular use of the euphemistic “curvy” is hardly controversial, and besides, even if it were, the word is one small symbol of a much larger conversation, and not the singular defining characteristic of all curve-based Instagram body positivity. I’m more interested in pursuing that conversation further with evolving terminology and greater inclusivity rather than mourning the loss of a word that has been entirely appropriated by corporate marketing campaigns for many years now anyway.

It still suggests to me—and I would guess, to many people—that only some bodies are entitled to be looked at and appreciated, and those are the bodies with the “correct” curves.

Yeah, I’m no fun, but I want body positivity to reach and relate to all kinds of people, regardless of their size or shape and regardless of whether they can easily approximate a larger version of established slender beauty standards.

“Curvy” as a euphemism doesn’t need to be “reclaimed” or redefined because it has never been a negative slur to start with. We don’t need to embrace our bodies at the expense of someone else’s. I don’t want to celebrate (or grieve) my ability to gain (or lose) social rewards for having a particular preferred shape, and I don’t want to commemorate individual parts as though they are separate from the rest of me, like they are odd little totems to my ability to fit a certain mold.

My body, uncurvy as it is, is familiar and beloved, and I will not let it be invisible. All bodies are valid, curvy or not. Even mine. Even yours.

Lesley Kinzel has been writing about body politics and social justice activism for many, many years. Her hobbies include hanging out in museums, shopping for cardigans, being a radical fatass, and generally overthinking popular culture. Her first book, Two Whole Cakes, was published by the Feminist Press. You can order it here, here, or here.

Photo via Ludovico Sinz/Flickr (CC BY 2.0)