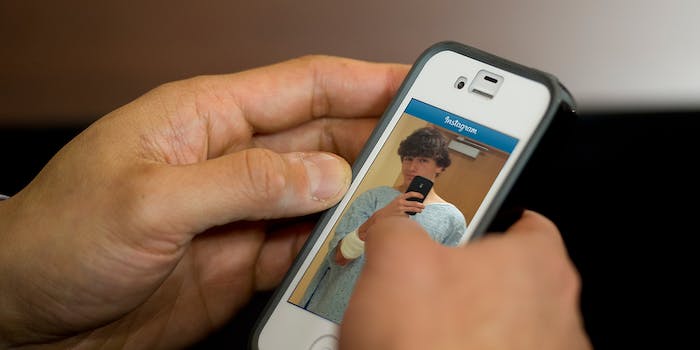 Here is your inevitable selfie from the Murrysville school stabbing

Nate Scimio may be a hero for more than this mirror shot.

These days, when tragedy strikes—as when 20 people were injured in a stabbing rampage at Franklin Regional High School in Murrysville, Penn., this morning—the race is on to post the casual selfie that has news outlets tripping over themselves for an in-depth interview.

First in this case appears to be a young man named Nate Scimio, who showed off a bandaged arm at Children’s Hospital of Pittsburgh at UPMC, where three other victims were reportedly admitted. “Chillin at Children’s,” read the laconic Instagram post, soon pounced upon by CNN, Fox News, the Huffington Post, and various other reporters.

According to many front-line accounts, Scimio was also the student who pulled the fire alarm that went off during the attack—an act that hastened a mass evacuation and probably saved lives.

Kids from Franklin tweeting that Nate Scimio pulled the fire alarm that alerted everyone in the school –https://t.co/QvchYVLeY2

Even if all Scimio did was put on a brave face after getting slashed, he’s clearly the man of the hour—and judging by his expression, he knows it. Have an awesome prom night, kid.