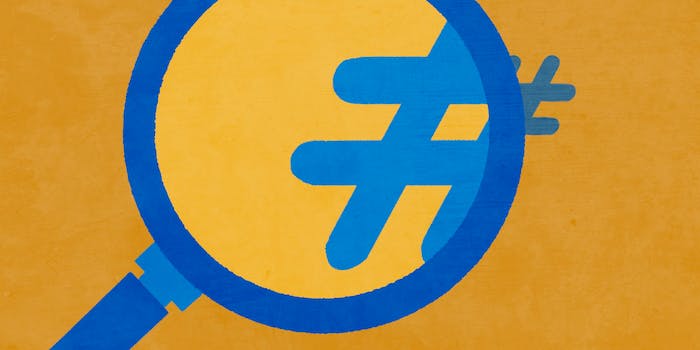 This is what $1 million in meme research looks like

With nearly $1 million in grant money from the National Science Foundation, staff at the Indiana University Center for Complex Networks and Systems Research have dedicated the past six years to tracking memes. Yes, really: memes.

Professor Filippo Menczer is the principal investigator on this grant and director of the organization.

“We’re studying basically any kind of information that gets communicated from a person to a person. We are interested in how these memes or ideas go from person to person on social media,” he told the Daily Dot. “We have data from Twitter that we’ve been collecting for several years, and we’ve been using that data to analyze the diffusion process.”

Diffusion is essentially just another way to describe how memes are passed around the Internet. Think of it in terms of your Facebook friends spreading data. Say Jenny shares a link, then you share it, and then it goes to friends that Jenny isn’t friends with. All these connections make up the diffusion network.

Menczer was quick to clarify what “meme” meant in his research. For most of the Internet, a meme is something like the macro images popularized after 2007 or new, non-referential jokes like “dat boi.” Technically, a meme is defined as “an idea, piece of information, or behavior that is passed from one person to another by imitation.” For this project, analysts created tools specifically for looking at hashtags.

“Some of our work is more empirical, where we’re collecting data and analyzing it, such as social movements, geographic spreading of patterns, virality, characteristics of virality,” Menczer said. “Some of our work is more theoretical or modeling, building models trying to capture some essential features of the process. So here are these models to predict something in the wild and infer some properties or mechanisms.”

Last Thursday, the lab released the Observatory on Social Media (OSoMe, pronounced as “awesome”). They have been working on the actual research and infrastructure since they started the project in 2011, but the tools made public last week are the results of two and a half years of work and incorporate a data set of about 70 billion tweets.

There are six tools that the public can use: “Trends” lets you look at when these memes gain and lose popularity, while the “Networks” tool lets you visualize who is discussing a meme and how it spreads between users. Menczer was clearly excited about the OSoMe launch and, when asked which was favorite tool, said, “that’s like choosing which of my children I love more.”

When you first open up the tools, they offer some suggestions for the hashtags you should take a look at, including #IceBucketChallenge and #TheDress. Then you can visualize how these viral movements took over the Internet. From this graph, you can see that the #IceBucketChallenge was most popular on August 20, 2015. 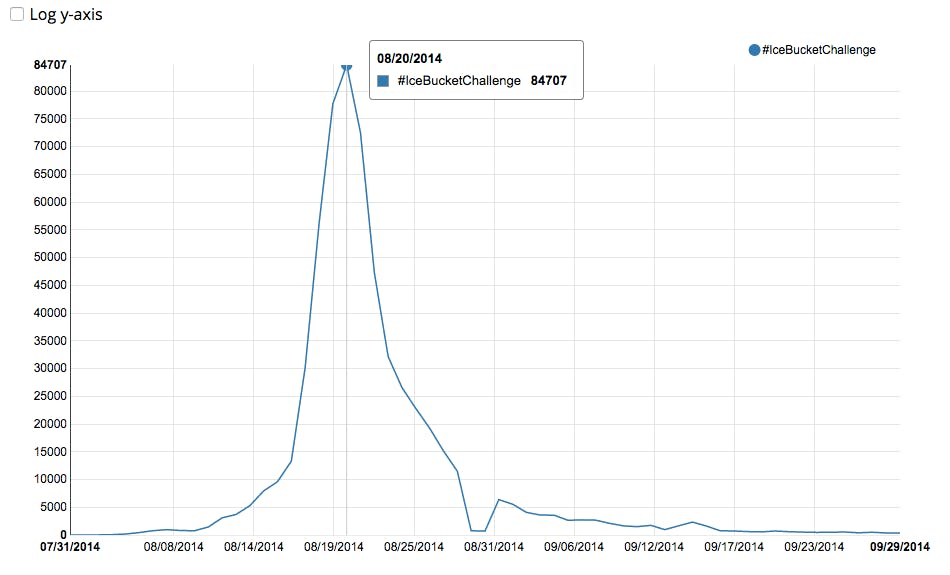 Using the “Network” tool will enable you to see how the viral movement spread. You can even zoom in and visualize the trend mapped onto the network of One Direction members.

Stephen Hill is the Senior Associate Director of Northwestern University’s Office of Fellowships, a resource for students applying for grants like those offered by the NSF, or Fulbrights. Hill oversees students who aim for backing by the NSF and has seen many of the projects that the organization ends up selecting. According to him, it makes sense that the NSF would be interested in supporting this kind of research.

“Memes have grabbed people and are a way for communication and creativity to happen and that’s always worth studying,” Hill said. “I think it’s a good idea. It’s a good use of the money to try to understand the power of this very compact method system and in terms of symbiotic terms.”

But what are the real-world implications of all this data?

Menczer illustrates with the topic of mental health. There are some words that you could imagine that are used in connection to mental health that have certain connotations, or are inaccurate, and would be detrimental to people with mental illnesses, healthcare systems, and more. By looking at how people are talking about mental health on social media platforms like Twitter, you could look at how misinformation and stigma takes hold in a population—and then devise a plan to counter it.

“Memes are a very condensed, packed communication. They draw on several different sources, the original source, and whether the person adds to it,” Hill said. “Communication theorists, among others, are concerned about how they work, and possibly the psychological side, along with the practical side, with how might people use memes to accomplish things.”

One topic the lab is extremely curious about is misinformation and how it’s dispersed. Everyone’s familiar with those continual hoaxes suggestion that Betty White has died. Earlier this year, presidential candidate Ted Cruz’s campaign spread tne false news that rival Ben Carson had dropped out of the race (this of course, was before either of them actually did pull out).

“We’re interested in misinformation and fake news, because they’re designed to be viral and deceptive,” Menczer said. “Then there’s counter-information and it’s competing. It’s a very interesting dynamic, and it’s very poorly understood.”

For next steps, the center hopes to look at specific URLs and how those are relay through networks. It also has other projects, such as the Kinsey Reporter, which relaunched earlier this year. The app allows users to contribute data about their sexual activities while remaining completely anonymous, and this information could help researchers in a slew of different ways.

As the Internet landscape continues to change, at least one constant remains: People will always interacting with one another by sharing memes. But with research like Menczer’s, we’ll be able to better understand what all this online communication means—and what effects it has. And if the government is willing to put almost $1 million down to help the cause, then it’s clearly worth it.