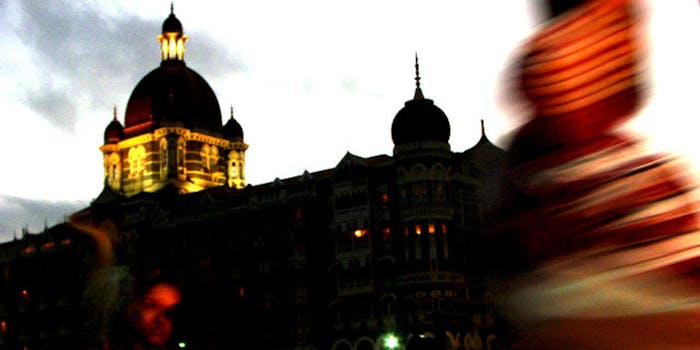 They threatened to publish the video and photos of her attack if she told anyone. Her response? F**k that.

In India’s latest gang rape, five criminals pulled a 22-year-old magazine intern behind the wall of the deserted Shakti Mills. She had come with a colleague to take photos of the derelict structures, documenting their subhumanity on a cellphone. Her male colleague was tied up and left elsewhere.

They forced her to clean up the crime scene afterward. They threatened to publish the video and photos of her attack if she told anyone. Her response? Hell no.

Within three days of her report to the police, law enforcement had tracked cellphone usage patterns in the area to identify the men. Cross-referencing the accused’s phone records, and tracking their locations as they used their phones, led to their arrests.

One suspect, 18-year-old Vijay Jadhav, switched off his phone in an attempt to evade capture, but once he turned it back on for a moment, he was located. He had been hiding for days in a friend’s porno-video parlor. He had fallen asleep after watching two pornographic films. He was in the middle of the third.

“We traced his mobile location and, with the help of informers, zeroed in on him. However, when we reached the video parlour, we found he had destroyed his SIM card,” an officer told the Financial Express.

Three of the accused, Jadhav, Chand Bahu Sattar Sheikh, and Mohammed Qasim Hafiz Shaikh, have criminal records; none are minors. All five, including the remaining suspects, Salim Ansari and Siraj Rehman Khan, are all natives of Mumbai, putting a rest to the rumor that they were “migrants” and therefore their actions were out of the ordinary for the city. (That is, no one could blame the attack on one specific and foreign ethnic or cultural group.) India remains a country where rape is common and where most assaults remain unreported.

As objectionable as the tracking of mobile devices is to many people, this method has been successfully employed to hunt down suspects in bank robberies, too.