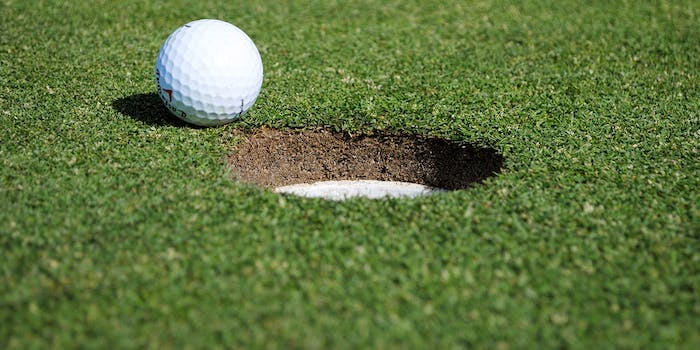 Watch this impossible golf putt actually land in the hole

You'll want to watch this twice.

The shortest distance between two points may be a straight line, but sometimes it’s necessary to circumvent that line to successfully get from point A to point B. Well, if you’re playing golf, anyway.

YouTube channel Golfing Links Organisation uploaded a jaw-dropping video of “Greg” attempting a putt on the ninth green at Elie, a links golf course in Scotland. Instead of giving the ball a small tap, he instead hits it almost entirely away from the hole. Once he does so, the laws of physics and gravity take over.

While Greg’s skills are no doubt impressive, I certainly wouldn’t want to play pool or go bowling with him.

Photo via Mimi Cummins/Flickr (CC BY 2.0)