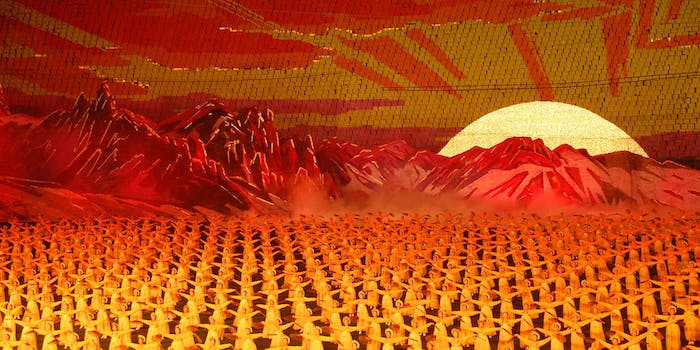 Did you know that Jessica Alba sometimes goes by the alias “Cash Money?” Well, now you do. All because Sony is having a really bad month.

With all the information still coming out about the studio’s massive hack, the saga of the Sony leak is starting to become overwhelming. Certain bits of information are fairly innocuous, and even silly, like the one above. Others are more key to understanding not only the state of Sony, but the greater standing of the entertainment industry at large.

So without further ado, here are the 9 most important takeaways from the Sony leak so far. Try not to get lost in the mystery, ego, and bad decision-making we’ll encounter along the way.

1) The hack was perpetrated by the GOP (and not the Republican one).

Rather than the Grand Old Party, it was a group known as “#GOP” (“Guardians of Peace”) who pulled off the Sony hack. Beginning on November 24th, they began waging cyber warfare on the studio, and things have only gotten worse since.

The GOP has also continued to send Sony notes, including one that stated, “this is just a beginning.” More alarmingly, an email from someone claiming to be the group’s leader sent Sony an email in broken english, demanding, “Please sign your name to object the false of the company at the email address below if you don’t want to suffer damage. If you don’t, not only you but your family will be in danger.” Currently, the FBI is working to track the organization down.

But perhaps the scariest thing about the GOP is how little is still known about them; they’ve singlehandedly demonstrated that in the digital age, a faceless entity can bring a movie studio to its knees without any warning. Based on their command of the English language, they could certainly be amateurs, with a random grudge against the company. However, others fear that same letter points to involvement on the part of North Korea.

2) North Korea is definitely, probably, maybe not involved in the leak.

It’s no secret that Sony’s upcoming comedy, The Interview, in which Seth Rogen and James Franco try to assassinate Jim-Jong Un, has not gone over well with North Korea. That said, the assistant director of the FBI’s cyber division, Joe Demarest, has come out saying that “there is no attribution to North Korea at this point.” He elaborated on this, asserting that from the Government down, there isn’t any confirmation at this point that the country was involved with the hack. Although no matter who’s ultimately behind the GOP, it’s not like North Korea is unhappy, having released a statement calling the hack a “righteous deed.”

So at this point, we basically know that a) if North Korea was responsible, the FBI doesn’t want to jump the gun, and is (unsurprisingly) keeping everyone in the dark, and b) if they were, The Interview may actually be one of the most powerful pieces of satire this decade, whether it’s a good movie or not.

3) Regardless of what happened, the studio has been concerned about The Interview for awhile.

Amidst the leaked emails, it was revealed that Sony CEO Kazuo Hirai demanded that The Interview be “toned down” after the initial threats from North Korea back in August. Co-chairman of Sony Pictures Entertainment, Amy Pascal, told Hirai that she suspected that the filmmakers, including Rogen, would object, and she was right. “And this isn’t some flunky,” she told him, “It’s the chairman of the entire Sony Corporation who I am dealing (with).” “This is now a story of Americans changing their movie to make North Koreans happy,” Rogen fired back.”That is a very damning story.” In the end, however, they worked out a deal for Rogen and company to make several changes without censoring anything dramatically.

It’s funny to think that someone like Seth Rogen could have any impact on international affairs, however, it also goes to show how tense things are between the U.S. and North Korea right now, as well as how impactful American cinema is worldwide, even in countries that hate us.

In a long list of emails, most of which were between Pascal and producer Scott Rudin, Aaron Sorkin’s Steve Jobs biopic was exposed as both one of the studio’s highest priorities, as well as perhaps their most disorganized venture. Attempts to lock down their director of choice, Sorkin’s collaborator on The Social Network, David Fincher, ended up being a bust, as was a long process to woo Leonardo DiCaprio into taking the lead role.

Eventually, the project went into turnaround and landed at Universal, in a publicly embarrassing moment for Sony that has become that much more public and embarrassing since the leaks. Most contentious of all throughout the emails was an ongoing exchange between Pascal and Rudin, in which they fought over getting Fincher away from Angelina Jolie, who wanted him to direct her gestating Cleopatra biopic instead. From a creative standpoint, the whole thing proved that Sony was a studio in crisis, even before the leak.

And as far as Jolie goes, well, just read on.

5) There’s some seriously sexist/racist stuff going on over there.

By far the most obnoxious part of Rudin’s emails to Pascal about Jobs is the way he repeatedly calls Angelina Jolie a “spoiled brat.” And just for good measure, he also refers to Annapurna Pictures founder Megan Ellison as “a bipolar 28-year-old lunatic.”

Furthermore, a different exchange finds the two of them firing racist jokes back and forth about President Obama. Which looks even worse coupled with a different set of emails that finds Screen Gems president Clint Culpepper characterizing Kevin Hart as a greedy “whore.”

Since the emails came out, Ellison has responded jokingly, Hart has defended himself, and Rudin and Pascal have apologized. But the damage is already done; if it wasn’t clear to you that Hollywood was run by straight, white men who don’t give a crap about anyone but themselves before, it certainly should be now.

While content released in the Sony leak included films like Fury, Annie, Still Alice, Mr. Turner, and To Write Love on Her Arms, as well as an alternate pilot to Breaking Bad and another unreleased Vince Gilligan script, there was a lot more that came out too. Obviously, several of the more scandalous emails have already been discussed at length here, but as far as straight out privacy violations go, those only begin to scratch the surface. Thousands of passwords, various paychecks, pertinent employee information, social security numbers of talent including Sylvester Stallone and Judd Apatow, and much more all came out too. Not to mention the salaries of the studio’s top executives, which only served to enforce the gender gap personified in Rudin’s emails.

The loss of privacy here really is staggering, even if we are talking about a racist, sexist, powerful corporation. Moreover, it’s scary because of the larger implications the incident brings with it.

7) The hack showed just how unprepared the studio’s security system was.

For instance, there was literally an unencrypted, massive sheet among the leak that contained thousands of passwords. Other passwords were kept in a folder called “Password.” A former employee has gone so far as to call their information security system “a complete joke,” claiming that violations were repeatedly ignored. Which begs the question, if this was common practice at Sony, how common is it at the other major studios in Hollywood?

The world we live in today demands we pay the utmost attention to our digital privacy. This leak, however, calls into question whether that’s actually possible for the average person to do, when a giant studio like Sony can’t even get the job done. At the very least, Hollywood needs to learn for next time, if they want anyone to continue to take their security efforts seriously.

8) Their powerpoints are terrible.

These inane slides, whether intended to be used for pitch meetings of board presentations, reflect a studio doing less than the bare minimum to stay current with technology. As Hollywood continues to obsess about connecting with the Internet and social media, Sony executives are apparently content to sit through powerpoints which literally look like they were made by first graders.

Perhaps Sony just doesn’t care about impressing anyone within their own sanctum; they already drank the Kool-aid, what more convincing do they need, right? On the other hand, use of phrases like “Things are not always as they appear,” “Believe in yourself,” and “Food is Fun,” loosely strung together to create the illusion of a cohesive narrative, kind of confirms everyone’s worst fears about the declining state of Hollywood.

9) They don’t like Adam Sandler movies any more than you do.

Speaking of which, maybe the most entertaining document of all from the Sony leak was a text file entitled, “Sony_2012_Comments,” which seems to have compiled input from various employees. Amidst this document, a pattern emerged, in the form of comments such as:

1) “Stop or reduce support for areas that have no more value (Sandler movies, DVD).”

2) “We continue to be saddled with the mundane, formulaic Adam Sandler films.”

3) “Will we still be paying for Adam Sandler? Why?”

4) “The studio needs to change deal structure that has been in place with Happy Madison, as this arrangement has disproportionately benefited Adam Sandler and his team, relative to SPE.”

It’s no secret that Adam Sandler has been on a downswing for awhile in terms of quality, and if this year is any indication, audiences are starting to get wise to it. So as Sandler preps for his upcoming deal with Netflix, just maybe there’s a chance Sony will take a hint and realize this guy may not be the future of entertainment, lest they look woefully out of touch, yet again.

In conclusion, let’s take a moment to examine one of the more inspiring contributions to the “Sony_2012_Comments” goldmine, which reads, “Stop making the same, safe, soul-less movies and TV shows. Enough with the re-makes and reboots. Breaking Bad and Community are just about the most artful and innovative gems we currently have.”

It’s a nice thought: For Sony to push groundbreaking television like the aforementioned shows rather than superhero franchises and Adam Sandler movies. Granted, it seems pretty unlikely that it’ll come to fruition, as long as the industry keeps heading in its current direction. But if the Sony leak has taught us one thing, it’s that the times are a changin’, and the same old stuff doesn’t work for everyone. For Sony, this could mean a chance to grow, or a risk of looking more and more out of touch and incompetent.