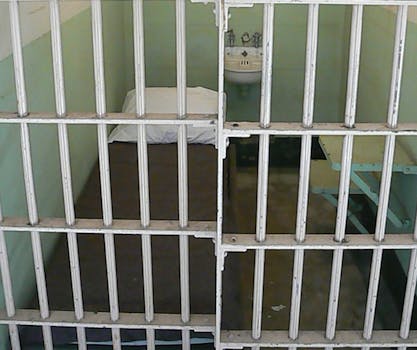 Two members of the IMAGiNE release group, which allegedly recording movies at theaters and released them online via BitTorrent, have been sentenced to steep fines and prison time.

In light of the fact that filmmakers are suing people who upload their works for $150,000 a pop these days, maybe it shouldn’t be surprising that the Department of Justice is sending Internet pirates to prison.

Two men, 57-year-old Willie Lambert of Pittston, Pa. and 28-year-old Sean Lovelady, 28, of Pomona, Calif, were sentenced Friday after pleading guilty to recording films in movie theaters and uploading them to the Internet. Lambert was sentenced to 30 months in prison and fined $449,514; Lovelady got 23 months and a fine of $7,500.

Both were part of IMAGiNE, one of the most prominent groups online devoted to uploading content to share via peer-to-peer filesharing software. Two other members, Jeramiah Perkins of Virginia and Gregory Cherwonik of New York, also pled guilty and still await sentencing.

According to Torrentfreak, the Motion Picture Association of America (MPAA), originally tipped off federal agents to IMAGiNE’s activities in 2010. The MPAA is known for aggressively pursuing legal action against pirates around the world, advocating for stronger copyright laws everywhere from the Philippines to Australia to the U.S., where it lobbied members of Congress to pass the Stop Online Piracy Act (SOPA)

IMAGiNE was then investigated by Immigrations and Customs Enforcement (ICE), the same law-enforcement branch that shuttered streaming sites like First Row Sports (which popped right back up under a different domain), and TV Shack (which didn’t).

Several members of the group were arrested in September 2011, and charged with pirating movies including The Men Who Stare At Goats, Avatar, and Clash of the Titans.

According to a Department of Justice press release, putting pirates in prison is necessary to “combat the growing number of domestic and international intellectual property crimes, protect the health and safety of American consumers, and safeguard the nation’s economic security against those who seek to profit illegally from American creativity, innovation and hard work.”

Correction: A previous version of this article listed Lambert’s sentence as 30 years, and Lovelady’s as three months. They were actually sentenced to 30 months and 23 months, respectively. The Daily Dot regrets the error.