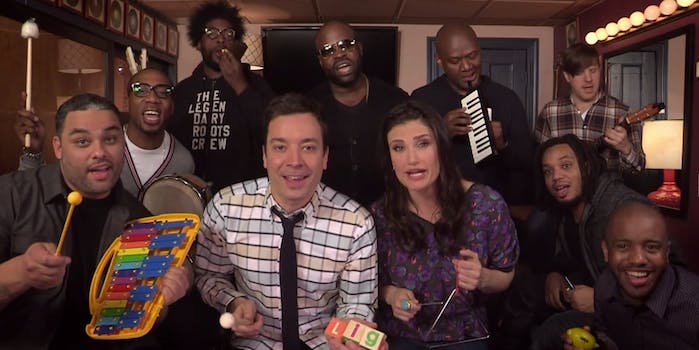 What a difference 24 hours and a classroom setting makes.

What a difference 24 hours makes.

The world was watching Idina Menzel Sunday night at the Oscars as she sung the Academy Award–winning “Let It Go” from Frozen, and after John Travolta flubbed her name, she appeared nervous as the song was cut due to time restraints and the orchestra rushed to keep up with her.

By Monday night, she was on The Tonight Show performing one of the best “Let It Go” renditions we’ve seen yet.

She joined Jimmy Fallon and the Roots with a set of classroom instruments, and the song that’s inspired so many is made even more magical once you add in the xylophones and kazoos that the Roots have mastered. It’s a much more relaxed setting, and Menzel is clearly having fun with it.

And this time around, that high E isn’t even a problem.