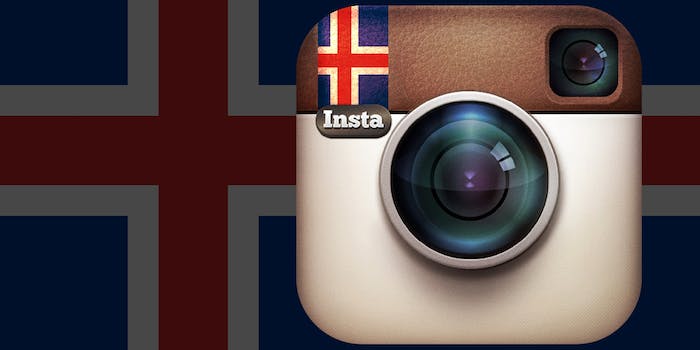 The Reykjavík, Iceland, police have a surprisingly great Instagram

Given how incredibly low Iceland’s crime rate is, police in that small Nordic country need something to pass the time. Luckily for the rest of the world, they launched one of the most adorable Instagrams ever seen.

If the Reykjavík metropolitan police force’s painfully adorable Instagram feed is any indication, cops in Iceland apparently spend their shifts wearing red clown noses and hanging out with parrots. Reykjavik’s feed presents 298 photos of Icelandic officers on the job, mostly making cute faces for the camera and spending time with animals.

Even when they are talking about crime, they use emojis to emphasize how dangerous it is to drink and drive.

Iceland, in general, is just really good at social media. The country has a personified Tumblr called “Iceland Wants To Be Your Friend” that updates followers when the country/Tumblr has an eruption. The rest of the time, it posts gorgeous pictures of the countryside. Iceland’s citizens voted in 2012 to crowdsource a new constitution. As for the Reykjavík police force, their Instagram feed has 100,000 followers. To put that in perspective, there are only around 300,0000 people living in Iceland.

Our only complaint? The police force last updated their Instagram 3 weeks ago. What’s been happening in Reykjavík for 3 weeks? Why did they forsake us? We need more adorable policing photos to distract us from all the negative police stories this year. Iceland had its first ever police shooting in 2013. Its first ever. We need more cops like Icelandic cops, and perhaps the first step is giving them all Instagram accounts so we can see how they spend their time.