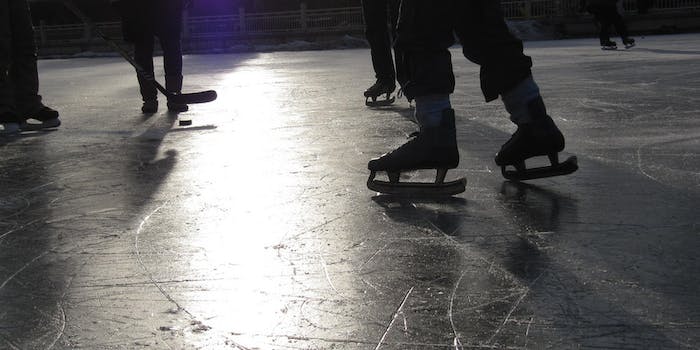 It's totally safe, because no cars could possibly drive on these roads.

While freezing weather might not be the most comfortable thing in the world, there are some things that we can typically only enjoy in the winter: snowball fights, building snowmen, and apparently now ice skating on the roads.

In a YouTube video posted to Reddit, we’re welcomed to the Netherlands, where people are waltzing in their ice skates down their ice-covered roads. According to Reddit user iDeZey, the roads are frozen due to the temperature yesterday being -2 degrees Celsius.

Looks like ice skating to work is going to be faster than driving.