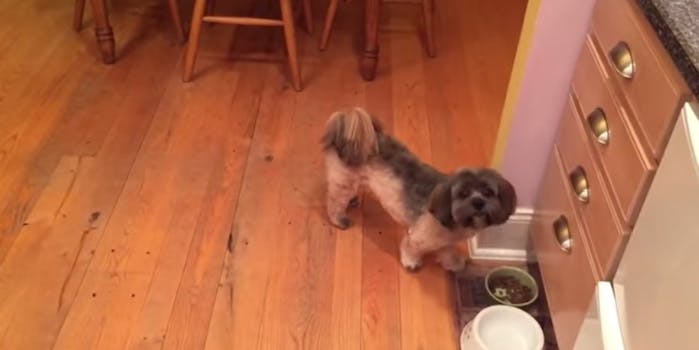 Every time this guy turns his ice machine on, his dog attacks his cat

Cats and dogs have always been sworn enemies, but now there’s a new instigator in the feud: a refrigerator.

Cats and dogs have always been sworn enemies, but now there’s a new instigator in the centuries-old feud: a refrigerator.

YouTube user Ryan Shanaman demonstrated how whenever he activates the ice machine in his fridge, his dog, Sophie, automatically makes a beeline for his cat, Neo. (Obviously, Sophie trusts cats about as much as any sane human does.)

When she hears a loud and possibly dangerous noise, she assumes that the cat must somehow be behind it. Then she goes on the attack.

Shanaman, who goes by the handle Deathtothejuice on Reddit, discussed the phenomenon on r/videos. Several users pointed out that Sophie started her chase even before the noise happened.

“This is the first time she’s done that actually, it’s always been after the noise, she just would shoot for one of the cats…Which makes me believe she KNOWS it’s just an ice machine. I used to think she only thought the cats were making the noise, but not anymore,” he said in a comment.

We all know that Neo is just waiting to plot revenge whenever the ice maker malfunctions and forces Shanaman to go back to using ice-cube trays.