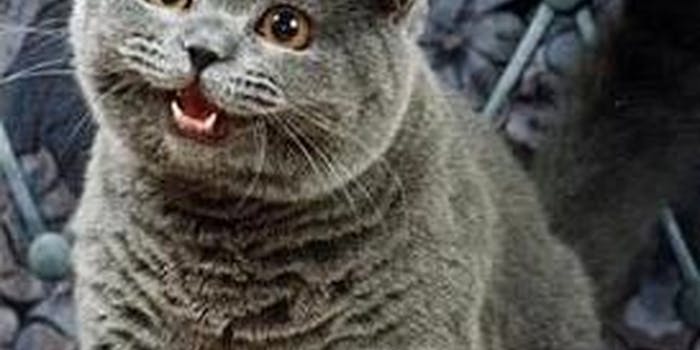 Paint it black: I Can Has Cheezburger joins SOPA protest

After previously helping force GoDaddy's hand in regards to the Stop Online Piracy Act, I Can Has Cheezburger founder Ben Huh has now pledged to join Reddit in protesting the controversial bill on Jan. 18.

Reddit’s decision to dark on Jan. 18 to protest the Stop Online Piracy Act is starting to have a domino effect.

Yesterday, Anonymous leaped into the fray, announcing that the hacktivist collective would go silent on Twitter. Now, the 50-site strong I Can Has Cheezburger network has joined the fight.

“All Cheezburger sites will also be instituting a blackout on January 18th to protest SOPA and PIPA [Protect IP Act],” tweeted founder Ben Huh. “Now, go ask Wikipedia to do it.”

This isn’t the first action against SOPA by Huh. Early this month, he threatened to move his 1,000 domains away from GoDaddy, an act that helped spur the domain seller to switch its stance on the controversial bill.

The Cheezburger network includes The Daily What, Know Your Meme, and FAIL Blog. Its sites collect about 20.6 million hits a month worldwide, according to statistics from Quantcast.

Considering half of those visitors are from the U.S., expect an outcry from people eager to laugh at photos of lolcats.