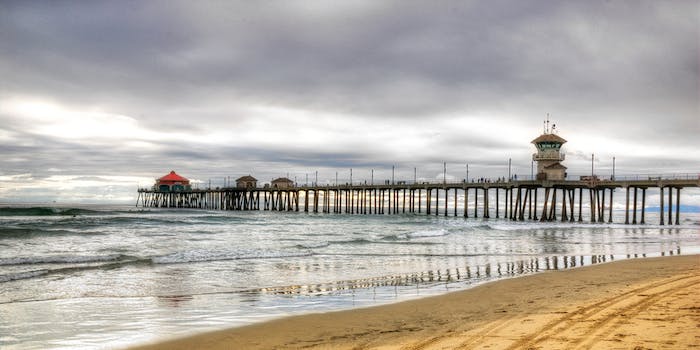 Roughly one inch of hail rocked Huntington Beach, Calif., Monday in a rare storm for the Los Angeles area. The National Weather Service said that hail pellets reached up to a quarter inch in diameter. It also said that this is a fairly common type of a storm for a coastal area to see.

But it’s L.A. and the hail sure looks like snow. There was enough of it for people to freak out. One glance at the juxtaposition of seeing these conditions in Southern California, it’s tough to blame them.

It's snowing on the sand in Huntington Beach, CA. Never happened in my lifetime. pic.twitter.com/AFnEWDaWKG

#Unreasonable snow in Huntington Beach today! @timmyreyes having a snow day in his trunks. #oneill pic.twitter.com/vFztXDmAlN

Yes, it is snowing in Huntington Beach, CA. pic.twitter.com/25x0JDv1Pg