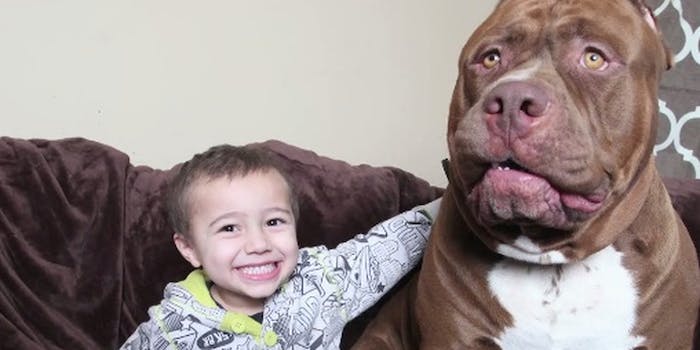 Hulk the pit bull is 175 pounds of pure love

The best part: You can totally ride him.

Everyone knows that big dogs are the best dogs. But only Marlon Grennan, the owner of a New Hampshire pit bull training facility, knows what it’s like to live with a 175-pound pit bull named Hulk.

Marlon, his wife Lisa, and their three-year-old son Jordan all have the privilege of experiencing life with Hulk. It’s like a real life version of Beethoven, only much better.

Grennan says he’s been offered $500,000 for Hulk, but he wouldn’t give him up for anything in the world. At this point, he’s a member of the family. “He’s one of the top three biggest pit bulls in the world,” he says in the video. “He’s the youngest by far, and the prettiest by far.”

Great looks aside, why would he give Hulk up? He provides a veritable mode of transportation. 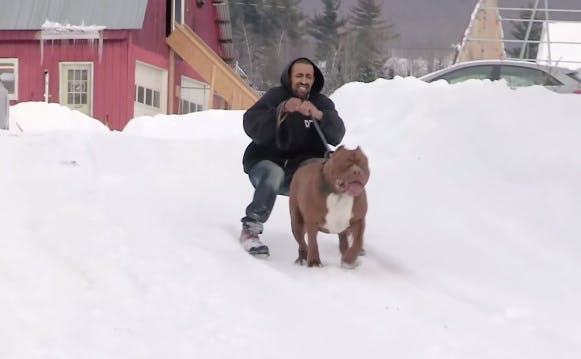 He eats buckets of meat. 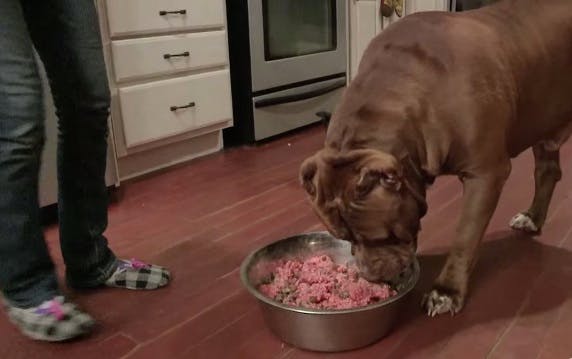 And he runs through the snow like a beast. 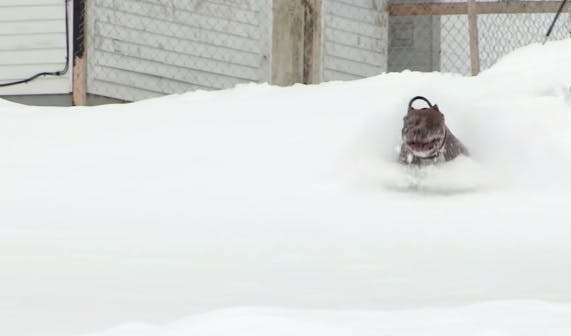 But most importantly, he plays well with Jordan. 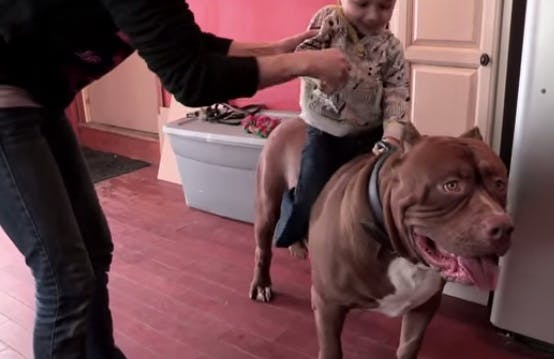 It’s a commonly held misconception that pit bulls are dangerous family dogs. The ASPCA says on its website “Pit bulls can make very sweet and loyal family dogs.” An article published on Salon in 2013 highlighted a study by the American Veterinary Medicine Association, who found that “controlled studies have not identified this breed group [pitbulls] as disproportionately dangerous.”

All dog owners should be lucky to have a dog as sweet and protective as Hulk.