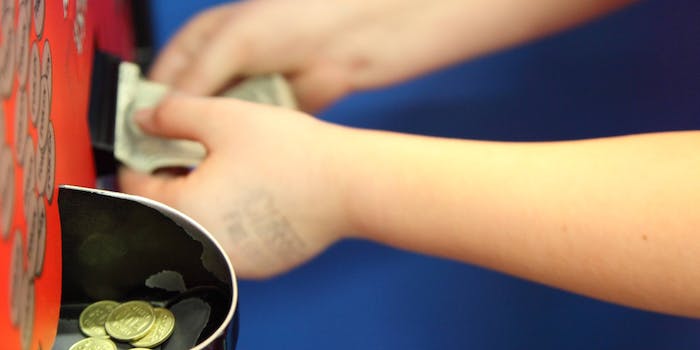 Teen racks up $8,000 on dad’s credit card by playing FIFA

The credit card company and Xbox aren't retracting the charge.

A Canadian teen got pegged by more than just soccer balls while playing FIFA—he also failed to dodge some $8,000 in charges on his dad’s credit card.

CBC reports that Lance Perkins received a bill for $7,625.88 after his 17-year-old son used his credit card to make in-game purchases for one the Xbox soccer video game. His son was supposed to only be using the credit card for emergencies or to buy things for the family’s store, but he admitted to having misused the card for what he thought was a one-time fee in the game.

When Perkins reached out to his credit card company for some sort of solution, they said they couldn’t do anything unless he wanted to have his son charged with fraud. Xbox said that they’d look into the issue once Perkins said that his son was a minor, but he hasn’t heard anything since.

The father told CBC, “There will never be another Xbox system—or any gaming system—in my home.”

This isn’t the first time someone’s kid has run up a huge bill thanks to a slick gaming business. A new iPhone feature that switches you to data if your Wi-Fi signal is weak resulted in a $2,000 bill for a Denver teen and his family earlier this year.

Not even Kanye West is immune.