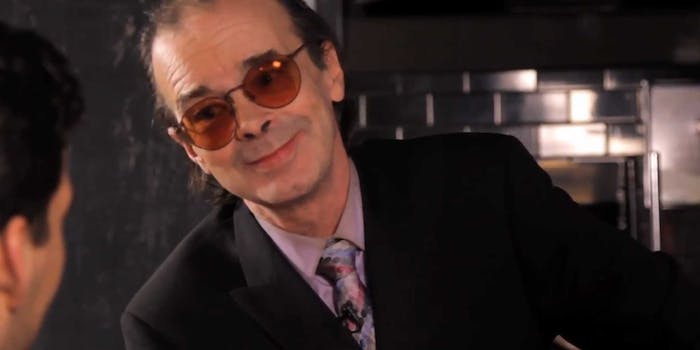 How to win your Fourth of July drinking contest

You just need some wits about you—and a preference for beer.

As it turns out, you don’t have to drink your friends under the table in order to beat them in a drinking contest. You just need some wits about you—and a preference for beer.

Professional scoundrel Simon Lovell breaks down the process of just how to win a drinking contest when in his Bar Tricks series for Howcast.

After talking about his love for all kinds of alcohol, Lovell presents Peter with three shots and bets him that he can drink three pints of beer faster than Peter can take his shots.

Peter and Jillian think the bet Lovell put to them was impossible. The servings of alcohol may be the same, but th ree pints of beer is more than three shotsof liquor.

Lovell, however, had a few tricks up his sleeve. Before they agreed to the bet, he had one rule to put out on the table.

“This is a game of speed,” Lovell explained. “The only rule is, you’re not allowed to touch the other player’s glasses. You can’t touch mine, I can’t touch yours. That’s a fair thing, right?”

With ego and the determination of who footed the bill on the line, Peter agreed to Lovell’s terms. But as with another seemingly surefire bet, things don’t always go as planned.

As long as you can chug down a pint of beer quickly, you can place your empty pint glass over the remaining shot glasses. Your opponent is left to watch (since he or anyone with him can’t touch your glass) as you finish your beer at your leisure.

Chugging might get some disapproving looks while at family functions, but it could get your tab covered for the night.