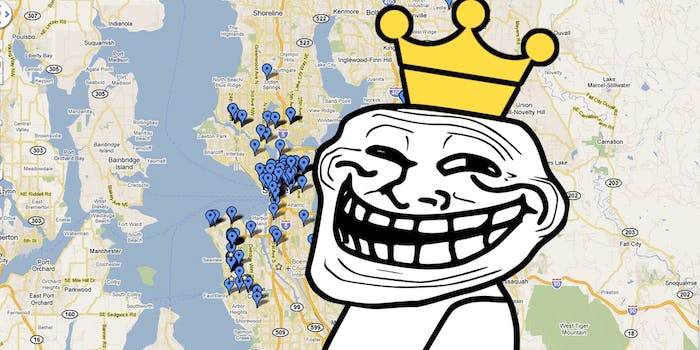 How to be the worst person on Foursquare

You’re using it all wrong.

Foursquare is such an old app. Launched in 2009 and kept alive by Ashton Kutcher, it is still a tool for flaccid social climbers to try and get ahead in life. Other apps don’t let you win as much in real life as Foursquare. Mayorship battles for cafes and country clubs are often fought.

It’s also a pick-up app, as you can approach anyone IRL who you noticed has checked into where you’re at. Even at your home, if someone checked into your garage: Walk down and just say hi, as if you already have something in common. Same goes for pubs or bowling alleys.

Here are some other tips for being the worst person on Foursquare:

Check into every venue you walk past

Foursquare does not enforce its rules. In fact, it actually loosens them all the time. In the past you didn’t get points for checking into a venue on the other side of town. Now you do. I have 4,000 check-ins, many of them forged. Still, every time I walk past a Foursquare-style venue (mainly #normcore coffee shops) I reduce my speed and check in. Sometimes I catch the eye of other users through the window looking for me. I never step in, and if I do, I buy nothing.

Some venues you’ll never be mayor of. Like Vice magazine’s headquarters, Toby’s Estate Coffee in Brooklyn, or even Cafe Grumpy in Greenpoint. Luckily, everyone can open new venues all the time, and then become their mayor just by checking in twice. To drive Foursquare bosses nuts, you should use lowercase when launching your venues. For example, you just can become the mayor of beacon’s closet (but not Beacon’s Closet). Soz not soz. 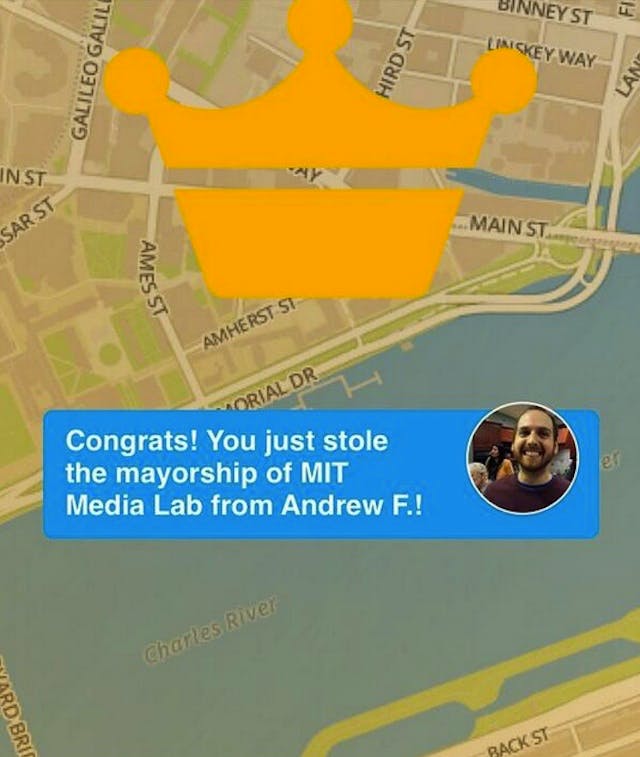 Pretend to fly a lot

Foursquare gives people pointage for mileage. The farther you go, the higher you’ll be ranked on the leaderboard. Frequent flying gets you more badges. Every time you land somewhere and check in, you also get more digital gravitas. To accumulate more and more locations, send your Foursquare password to a friend abroad. They probably don’t even use the app. Ask them to check in for you. It doesn’t need to be an airport. Then pass the password on to someone more distant.

Go to the same type of restaurants

Foursquare claims to help people diversify their culinary life. That’s misleading since you can become a legend by sticking to the same type of food. Try to eat obsessively only in Greek joints for the rest of your life. The badges will follow. The same goes for Pakistani food, as you’ll receive the Naan-Sense naan bread level 2 badge of honor, and so forth.

But don’t wait too long before you come back, as Foursquare only shows the last 60 days of action to others. Sure, you can check in at home, as previously stated, but many forget to check in at home and only remember to do so when being stood up in a Mediterranean restaurant. 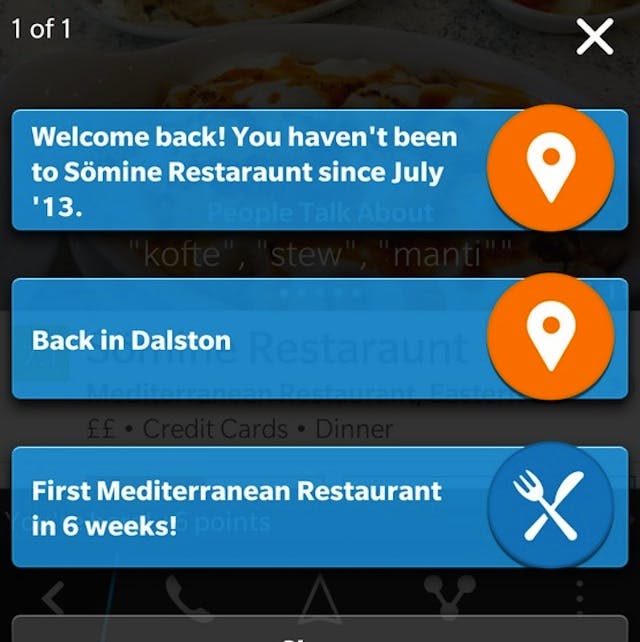 Tip negative and misleading facts all the time. Tell people they must order “number 33” in a Vietnamese restaurant’s menu, even if 33 is Diet Coke or something generic. Foursquare users hate the aroma of generic stuff, as some of them sit in unique, empty venues, claiming to follow an obscure tip left years ago about a delicious rice pudding or whatever. Also tip fellow users by telling them which celebrities to avoid in high-end locations, as if they’ll ever be there at the right time.

Foursquare has recently started asking users Yelp-esque questions about random stuff in each venue they go to, such as “Do they accept credit cards?,” “Can you sit outdoors?,” and “Do they deliver?” So boring. The last thing you want to do is help solve these endless, pointless queries. Foursquare should send its employees to find out these things and leave the users alone. Or you could just lie in response to those annoying notifications.

Check up on friends’ check-ins

Police your friends. As soon as you stumble upon your ex’s check-in nearby, run to the venue and make sure she is really there. If she left before you arrived, assume she was never there to begin with and that it was a falsified check-in. Report them regardless, even if they are there, just for lulz. Stalk people like this every day. Then warn everyone to avoid this app for creeps, myself included.