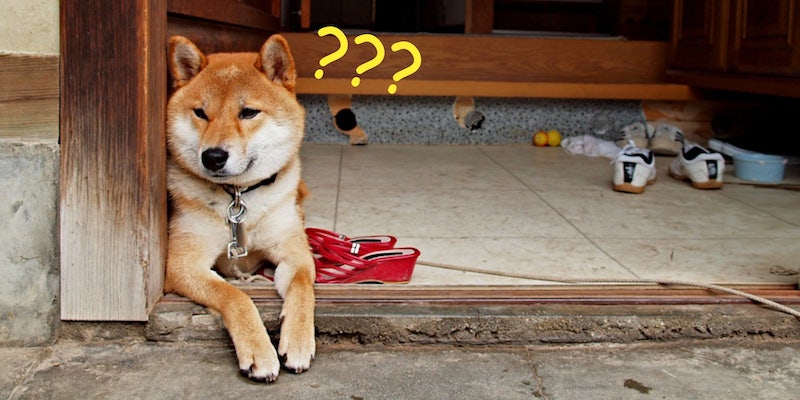 How to say ‘Dogecoin’

Would a Doge by any other name still go to the moon?

As someone who writes about cryptocurrencies on a regular basis, I tend to get the same questions from friends and family members over and over again. The most common one I get is, ?What is Bitcoin?,” followed by, ?Do you own any bitcoins?,” and finally, ?How do you pronounce the word ?Dogecoin’?”

Answering the first two questions relatively easy. 1) It’s like regular money, but printed on math instead of paper. 2) A very small amount. But the third one is a little tricky.

?Doge” is a deliberate misspelling of the word ?dog,” so there isn’t a single obvious pronunciation for it. Additionally, since most conversation about Dogecoin takes place on text-based Internet forums, even people who send and receive Dogecoin on a daily basis could theoretically go dog years without actually saying the word out loud to another Dogeficionado.

The question remains: how exactly does one pronounce Dogecoin? Does the ?ge” turn into a ?j” sound like ?Doje-coin”?

Is the ?e” silent and the word simply pronounced ?dog-coin”?

Or is there hard ?e” that makes the world itself also serve as the single most concise definition of what Dogecoin actually is—literally a ?Dog eCoin”?

Some cursory research shows that the first option, the one using the soft ?g” sound, is probably correct: “Doje-coin” or, more elegantly, “Dozh-coin.”

Dogecoin is based off the Doge meme, which features a skeptical looking Shiba Inu surrounded by captions depicting its grammatically challenged inner monologue rendered in multicolored Comic Sans. 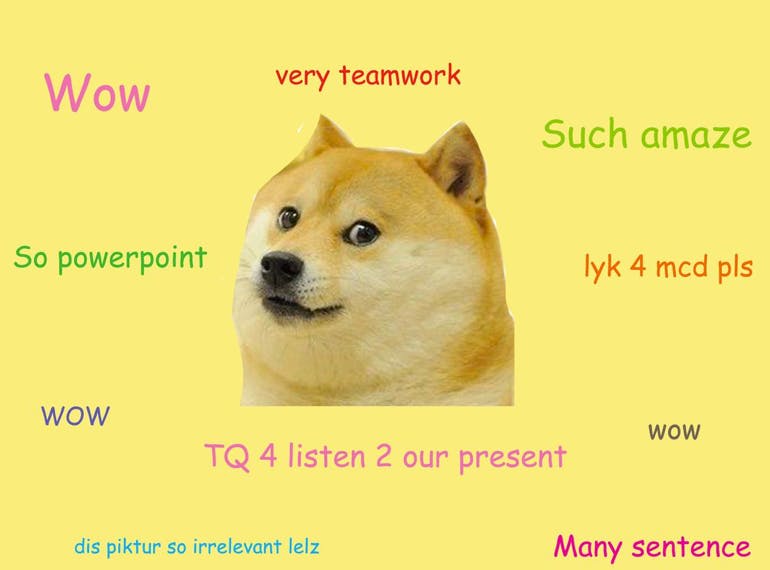 ?Your dozh?” retorts Strong Bad. ?What are you talking about?”

It wasn’t until five years later that the term Doge was associated with the now famous pictures of a Shiba Inu when a picture of the dog was submitted to Reddit’s r/ads community with the title ?LMBO LOOK @ THIS FUKKEN DOGE.”

The meme was eventually picked up on Tumblr and 4chan, where it gained enough notoriety for creators Billy Markus and Jackson Palmer to chose it as the theme for a cryptocurrency they created with the intention of having it be more approachable than Bitcoin.

Based on its lineage, keeping the same pronunciation would make sense. But what about people who are really, really into Dogecoin? How do they say the word?

A Reddit user going by the handle u/peoplma, who moderates the social news site’s r/Dogecoin forum, explained, ?There is no correct way, and anyone who tells you that you are pronouncing it wrong is lying!”

However, u/peoplma added that the most common pronunciation within the community is similar to this:

For their part, Palmer and Markus told the International Business Times that neither of them have adhered to a standard pronunciation. ?I’ve pronounced it every way though, do-ge coin, dog-coin, doggy-coin, etc. Whatever is the most amusing at the time,” said Palmer.

Markus added that he originally pronounced it with a hard ?g” sound, but has since shifted to using a softer ?g” sound, ?like when you say ?giraffe.’”

The moral here is that attempting to enforce a single, universal pronunciation of Dogecoin is largely antithetical to the entire spirit of the project. Dogecoin, and the community that’s sprouted organically to support it, is light-hearted and whimsical. There’s pretty much nothing less light-hearted and whimsical than correcting someone’s pronunciation.

The next time you’re taking about that meme-themed cryptocurrency, feel free to say it however you want. Everyone around you will be sure to say “wow,” buecause whatever comes out of your mouth will likely be much correct.