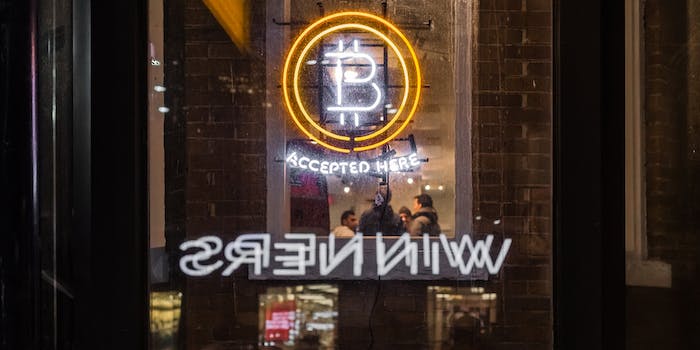 How to receive Bitcoin, Vertcoin or Dogecoin on your Android phone

Digital cryptocurrency is exciting and uncertain, but it's clearly the future.

This isn’t a “live” demonstration in the sense that it is happening now (I recorded it over the weekend); it is live in the sense that you are watching these events as they unfolded, there was no time compression and nothing edited out.

As you can see from the video, it took me less than two minutes to move funds from a desktop to a Samsung Galaxy S5—the same process using “traditional” banking tools such as PayPal, a paper check, or even withdrawing cash from one checking account and walking it to my other bank would take much longer than two minutes.

The media has repeated a chorus line that seems to perfectly serve the banking establishment and political elites: digital currency is a great idea not yet ready for primetime.

Or digital currency makes things weird. That’s another one.

Well, I’d argue things are already weird, and digital currency is the first step in untangling the epic mess that bureaucracies and banks have created over the years.

And compared to any of the proprietary bank-run mobile apps for transferring cash, these digital currencies win hands down. Big props to Google for having the balls to keep these apps in the Play Store—and a serious wag of the crypto finger at Tim Cook or whoever at Apple decided to take the deeply uncool, obviously anti-competitive move of banning Bitcoin apps from their App Store.

Watch the video demonstration and sound off on what you think in the comments section. I am not old enough to know what it felt like in the earliest days of e-mail, but it must have felt a bit like this—exciting and uncertain, but clearly the future.

David Seaman is a journalist and host of the David Seaman Hour, available free on iTunes Podcasts and Stitcher.

Photo via Dustin Rawlinson/Flickr (CC BY 2.0)