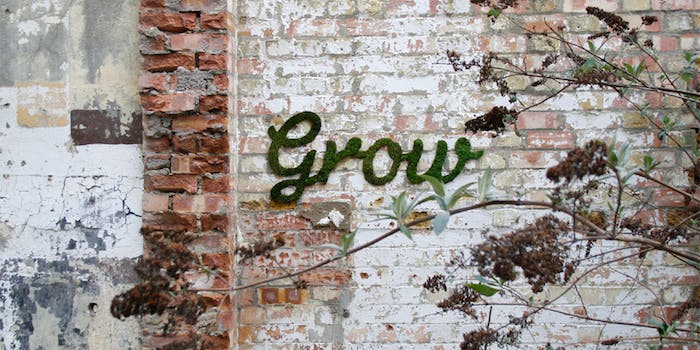 How to grow moss graffiti

All you need is moss, some buttermilk, and water-retention gardening gel.

Facebook users are passing around a creative approach to graffiti: step-by-step instructions for how to make a concoction that, when painted on concrete, should supposedly turn into moss.

The cartoon instructions come from a 2010 book called Show Me How.

The actual picture being passed around, though, has a few additions. First is a title: “Musgo Graffiti”—“musgo” is Spanish for moss, though the book is American.

And someone’s Photoshopped a real-life example at the end—a picture from noted British moss-artist Anna Garforth’s work in north London, where she painted “Grow” in moss.

“All right! Next graffiti,” Alberto Ruce wrote in Italian.

The instructions have been shared more than 4,000 times since being posted by Street Art Utopia. So you’ll who to thank when you see moss cropping up in your neighborhood. 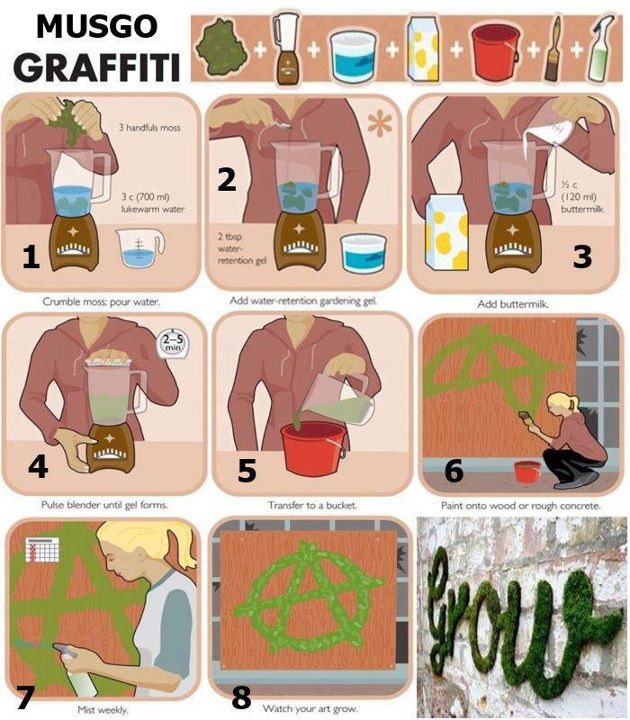