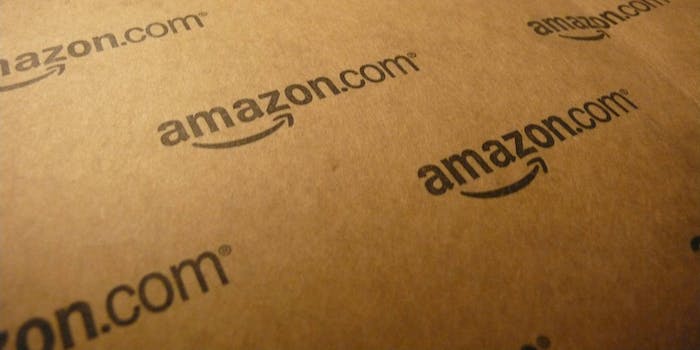 Just gotta get your foot in the door.

It’s not all that difficult to land yourself at the top of Amazon‘s bestsellers list. All you need is a photo of your foot, a couple of bucks, and the ability to hoodwink one other person into buying something you’re not actually selling.

That, anyway, is how the Observer‘s Brent Underwood got himself to No. 1 on the Amazon rankings.

Underwood’s story is an interesting one. He started by snapping a photo of his foot. Then he came up with a title for a fake book: Putting My Foot Down. He spent about three minutes formatting the cover and uploading it to Amazon, verified the publishing rights, made it available immediately, and waited for the approval from Amazon. 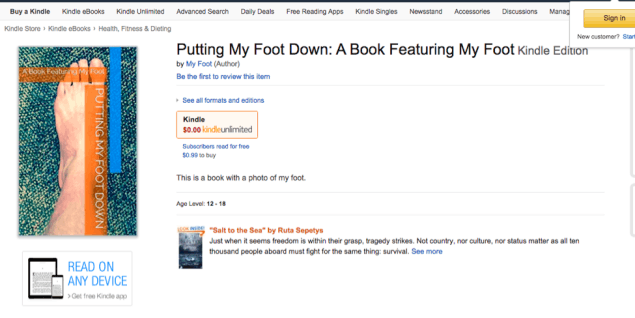 Underwood convinced a buddy to buy the book and bought two copies for himself. Suddenly, he was No. 1 overall in the transpersonal psychological category, and life was great.

The reason for this experiment? Underwood is a partner at a marketing company that has “helped launch 30 legitimate New York Times bestsellers (including several at the sought-after No. 1 spot)” and “helped sell over 5 million books and advised or managed book launches with every major publishing house, including Amazon.” But he’s fed up with the “scam artists and charlatans” who promise aspiring authors bestseller rankings, and disgusted with the idea that this status no longer has meaning.

It’s difficult to argue with Underwood. In the few days after it was released, my first book—a tome on the University of Cincinnati football program called Bearcats Rising—rose to No. 1 on the Amazon college football bestsellers list. Eventually, as all books do, it dropped down the list. It turns out, I didn’t sell tens of thousands of copies and didn’t make life-changing money. But I guess I can always claim that for a couple of minutes, I, too, was a bestseller.

As Underwood wrote, “If a book holds the top spot in a category for months, that’s saying something. Hitting it for an hour (which is how often Amazon refreshes its rankings), screen-shotting it, and calling yourself a ‘bestselling author’ for life? Well… “ 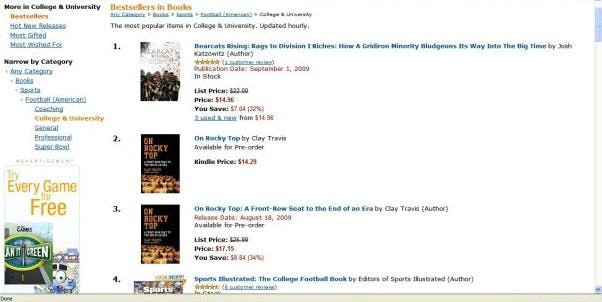 Update 11:08am CT, March 8: This prank proved so popular that indie publisher Thought Catalog swooped in and offered Underwood a real contract in order to turn his joke into a real book. Really! Be sure to look for it in your podiatrist’s waiting room.