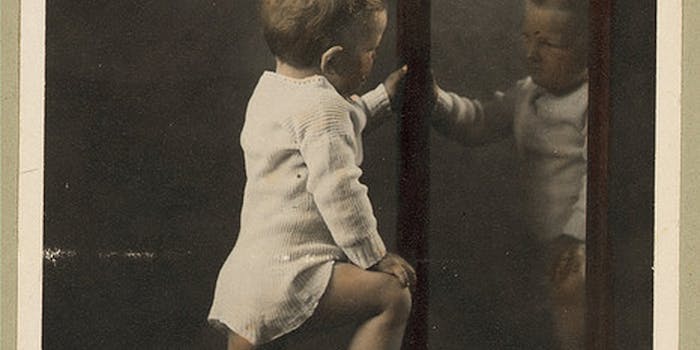 How memes are killing the Internet (and our collective soul)

In a way, the Internet is a mirror of our collective unconcious. What does it show us about what we really think?

On the day sequestration was prompted to cut $85 billion from the budget of the federal government—slashing funds for unemployment assistance, inspections from OSHA and the FDA, and major defense programs—President Obama used the phrase “Jedi mind meld.” What’s even more surprising than the President of the United States using a popular culture sci-fi metaphor? He used it wrong.

As any fan of Star Trek or Star Wars can tell you, the leader of the free world had confused two disparate concepts: the “Jedi mind trick” of the Star Wars universe and the “Vulcan mind meld” of the Star Trek universe. Keep in mind, the man with the nuclear football was describing the labor of working with Congress, the product of the same dysfunction that has allowed the sequester to take effect and could cost the US economy 700,000 jobs over the course of the next year. But what do you think the Internet gravitated towards?

Within seconds, “Jedi mind meld” was a worldwide trending topic and had begun its march towards Reddit’s front page. This is obviously quite predictable, given that the President’s gaffe is rooted in nerd culture, and nerd culture likes nothing better than correcting the populace at large on minor confusions of media franchises from the ‘70s and ‘80s. However, the sci-fi slip-up had also made its way to mainstream media, culminating at point where even the White House had to join in on the fun. 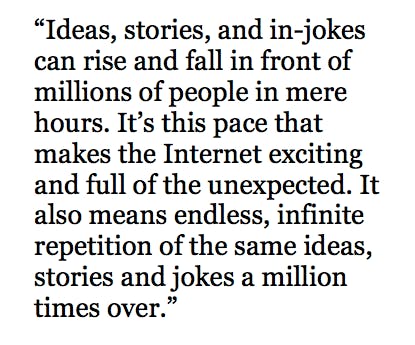 Political events today are so scripted that any slight change in the program tends to gather a great amount of coverage, from traditional media but even more so online (compare this to British politics where MP’s regularly curse at each other and no one even spills their tea). The examples are countless: #Eastwooding, “Binders full of women,” Big Bird, Marco Rubio’s thirst.. This obsession with public faux pas certainly existed long before Twitter: John Kerry parasailing; Al and Tipper Gore’s sloppy on-stage kiss at the 2000 DNC; any one of Reagan’s famous one-liners. What the age of Twitter does, however, is give us the opportunity for the masses to participate in the mood of frivolity, the same gleeful schadenfreude formerly reserved for the elite producers of mass media.

We rightfully complain that today’s media focuses far too much on such minute, perhaps meaningless events. But pop on over to Twitter, Facebook, or Reddit, and we see the same obsession played out ad nauseum. The top story on Reddit as I write this is Obama vowing to remove the penny.

The Internet’s giant echo chamber, magnifying the tiniest sound, is hardly reserved for politics. How many The Dark Knight Rises jokes did we have to suffer through for the Super Bowl Blackout? How many snarks about Jodie Foster’s ramblings at the Golden Globes? The Manti Te’o story, which officially received tenfold the coverage a 55-foot wide meteor did for striking the Earth, injuring over 1,200 people?

We know all this, it’s been talked about (and talked about and talked about) in this same vaccuum. But we tend to think of the mainstream media as the whole of the problem: a force of banality, pulling the strings on what we see and what we don’t. It’s not. It’s something much more frightening, more Lacanian. It’s a simple mirror of what we want. It’s a reverse Dorian Grey—the more we stare inward, the more beautiful we become in the eyes of our shared popular culture.

Of course, the Internet can and does obsess over real events that matter enormously. Manti Te’o jokes aside, the meteorite held top trending status worldwide throughout that weekend. Likewise, North Korea’s nuclear bomb test presents a dangerous and outright frightening challenge to governments and policymakers the world over—a popular story online that is also a game changer. Wikileaks, born out of the Internet’s very womb, has become one of the most effective activism outlets the digital age has known, giving voice to secrets that have so much power they can quite literally shift diplomacy.

Viral news like the case of Chris Dorner put a spotlight on issues which may otherwise not get much attention—from police brutality to the use of domestic drones. Social media produced some of the best reporting that story received (even if the fringes decided the murderer of four was a hero). Too often, though, and far too quickly, these spotlighted issues are beat out by the likes of the Harlem Shake videos.

We like to think of the Internet as democratic and fair to its users, but it often is caught playing to the lowest common denominator, often guilty of the same sins of the mass media. Remember “Pumped Up Kicks,” the catchy-as-hell, quirky single from Foster The People? The laid-back, rich tones of that song were a relaxing break from the thump-thumps of Rihanna, the atrocious lyricism of Katy Perry, the cartoonism of Maroon 5, and the melodrama of Adele. Top 40 radio blasted the song several times an hour, quickly ruining its novelty and quality with the most effective weapon against good art: ubiquity.

The concept of being “overplayed” was formerly left to Infinity and Clear Channel. But if the Internet is the great equalizer, then it is also the great overplayer. Planking is perhaps the worst  and best example of this. Planking was never funny. There is no iteration, location, or gimmick one may choose to make it funny (the same goes for horsemaning, Tebowing, and milking). Its sole purpose was for the subject of the gag to announce “See? I’m in on it. I’m in the club. I am as funny as everyone else.”

Look at the actual meaning of the word “meme.” While we now use it to describe any witty posting that goes viral, it actually has a far more intriguing definition. When Richard Dawkins coined the term “meme” in 1976, he described it as any concept which “conveys the idea of a unit of cultural transmission, or a unit of imitation.” Essentially, any idea or thought which is transmitted from one human mind to another.

So, for example, the many ways Jesus Christ has been depicted throughout history is a meme. As the culture has changed, so has the interpretation of what Jesus may have looked like (meaning Cardinal Glick from Dogma wasn’t that far off the mark). A base image of Jesus as tall, long-haired, and with strong facial features has survived (albeit with minor adaptations) throughout history. Those adaptations could be compared to what organisms do over time to adapt, a kind of “cultural selection” much like the evolutionary tool natural selection. Those things which the culture deems useful or of quality survive, but they change in order to stay alive, to stay with us. Fads are memes. Fashions are meme. Jokes are memes. Political ideologies are memes. 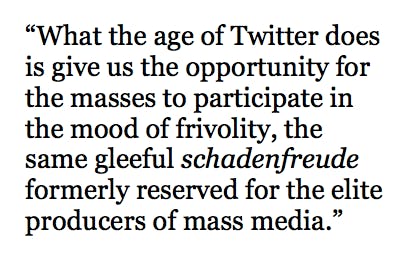 The Internet is the fastest-moving culture we as humans have ever seen. Anyone who’s spent  a day on Reddit can tell you that ideas, stories, and in-jokes can rise and fall in front of millions of people in mere hours. It’s this pace that makes the Internet exciting and full of the unexpected. It also means endless, infinite repetition of the same ideas, stories and jokes a million times over. It means we are hammered with the same memes over and over to the point we’re as tired of it as we all will be of “Thrift Shop” in two months. Which brings me back to our President.

Who cares? Who cares what decades-old sci-fi universe Obama was relating to? Who cares that a man with perhaps the busiest job in the world confused pop culture minutiae? Who cares to crack jokes with strangers about an event you probably forgot about until you read this article?

The intense focus this tiny sliver of a moment received, both online and on television, holds up to our sprawling Internet culture a very stark mirror. Nowhere else but the Internet are we able to see so clearly the giant tumbling mass of human conversation made visual, available to all in black and white. And what we see is not the genius of online research. It’s not even the “wisdom of the masses.” It’s a Jungian sphere of ego and pleasure, depth and fluff, captured in the orbit of our tiny attention spans. If we are to be the new media, we must not replicate the errors of the old, lest we one day look inside this mirror and find a decayed collective consciousness staring back at us.

Ben Branstetter is a writer and blogger living in Central PA. He attended the Milton Hershey School and studied Secondary Education at Penn State University. His work has appeared on Thought Catalog, The Useless Critic, God of Lamb, and he has appeared on HuffPo Live. He can be reached through email at [email protected] and can be found on his Twitter, @BenBranstetter