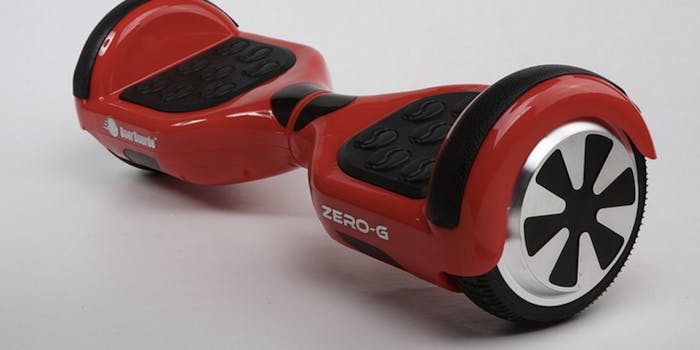 This week in #HoverboardCrime: The case of the telltale hoverboard

It’s week three of our #HoverboardCrime roundups, and the news that the U.S. has banned hoverboard imports—coupled with Amazon’s crackdown on the devices—might have you assuming that #HoverboardCrime is on the decline. But you couldn’t be more wrong.

Aziz let me use his hover board before dinner but after champagne Really easy but be careful of antiques! pic.twitter.com/zlWcigv6cH