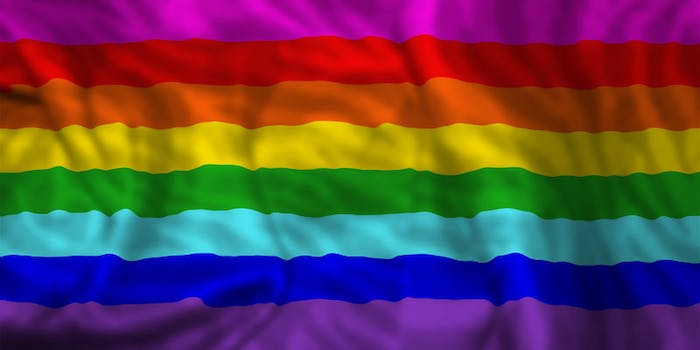 Everyone deserves to be protected from discrimination.

Houston voters have decided that discriminating against LGBT people is OK.

Yesterday, America’s fourth-largest city voted to abolish the recently passed Houston Equal Rights Act (also known as HERO). The ordinance banned discrimination in employment, housing, and public accommodation on the grounds of factors like sexual orientation and gender identity. Supporters of the ordinance rallied around #HERO and #YesOnProp1 (the actual name of the ballot measure) on Twitter, bringing in celebrities like Sally Field to Matt Bomer to campaign. But the good people of Houston decided that allowing gay people to rent a home or trans women to use the restroom was a bridge too far.

Liberals really have a hard time with this… #HERO #prop1 #NoOnProp1

HOUSTON: Vote Texas values, not @HillaryClinton values. Vote NO on City of Houston Proposition 1. No men in women's bathrooms.

.@GregAbbott_TX is right about one thing: equality is one of Hillary's values. Houston—vote #YesOnProp1 today. https://t.co/AI0IWnqhB7

Luckily, there’s a bill already on the table. The Equality Act was introduced this summer by Sen. Jeff Merkley (D-Ore.), Congressman David Cicilline (D-R.I.), and a bevy of cosponsors. The proposed measure is sweeping: It would bar discrimination against LGBT people in employment, but also in an array of other areas—including housing, public accommodation, and even jury duty—by amending current federal civil rights law. It’s a popular measure, with one poll finding that 73 percent of Americans support protecting LGBT people from workplace discrimination.

Last week, Congressman Jared Polis (D-Colo.), the most senior gay member of the House of Representatives, attempted to bring the Equality Act up for its first vote—but House Republicans blocked the motion. As Cicilline put it last summer, this means that currently LGBT people can “be married on Saturday, post your wedding pictures on Facebook on Sunday, and be fired from your job or kicked out of your apartment on Monday.”

This is a frightening reality for many LGBT people. Only 17 states prohibit discriminating against someone in housing or public accommodation because of sexual orientation and gender identity. And despite many Americans believing it’s illegal to discriminate against gay people in the workplace, a map that earlier this year went viral illustrates the stark truth: In 29 states, it is perfectly legal to fire someone because of their sexual orientation. That number increases to 32 states if you’re transgender.

And this discrimination takes place at alarming rates. A study conducted by the Williams Institute found up to 43 percent of LGBT Americans have faced discrimination on the job, with nearly as many (41 percent) reporting verbal or physical abuse at work. The study found that 26 percent of trans people report being fired simply for who they are.

My message for LGBTQ youth in Houston (or anywhere else) #HERO pic.twitter.com/Ega1yzYpGS

There are real people behind those numbers. In Georgia, Flint Dollar was sacked from his teaching job at a Catholic school because of his sexual orientation, despite being “told very specifically I didn’t do anything wrong, that there were no parent complaints, [and] no student complaints.” And in Wyoming—which debated a statewide non-discrimination bill earlier this year—Josh Kronberg-Rasner was let go from his job after his new manager discovered he was gay. His firing was around the time of the 2012 Olympics, when Kronberg-Rasner had a picture of a male gymnast on his phone.

In LA, a gay person can marry her partner but still be fired for wedding photo on her desk. https://t.co/xmcsJYNWvc @EqualityLA

Both Dollar and Kronberg-Rasner filed lawsuits against their employers under Title VII of the federal Civil Rights Act. “When you fire somebody because they are engaging in a same-sex marriage,” Dollar’s lawyer Charles Cox last year told NPR, “I think that pretty clearly fits with gender discrimination.” While some federal agencies and courts have interpreted Title VII this way, there is far from a clear federal precedent on the subject.

The problem is that Title VII does not do enough to protect LGBT people from discrimination, as James Pitman last week discovered. Pitman sued his former employer, Cook Paper Recycling Company, for discriminating against him because of his sexual orientation. While employed at Cook Paper, Pittman was called a “cocksucker” and regularly faced sexual harassment and abuse. It was “an objectively hostile and abusive environment,” Pittman said.

Despite the prevalence of LGBT workplace discrimination, critics of HERO say it’s not a problem in Houston, citing the city’s lesbian mayor, Annise Parker, as proof. Speaking to the Washington Post, local Republican Party chairman Paul Simpson said that “no one worried about her orientation when she was first elected” in 2010.

In addition, opponents of HERO focused their attention the fact that the ordinance would allow of transgender folks to use the restroom corresponding to their gender. Former Houston Astros’ player Lance Berkman appeared in an ad against the ordinance, claiming HERO allowed “troubled men” (i.e. trans women) to enter women’s locker rooms and restrooms. “It’s better to prevent this danger by closing women’s restrooms to men rather than waiting for a crime to happen,” he said.

But as Upworthy’s Parker Molloy wrote on Facebook, this is the same logic opponents of gun control use to justify keeping their weapons. “The argument is that it’s so futile to enact restrictions in hopes of ending a violent epidemic,” she wrote. “In Houston, the argument is that we must take steps to prevent crimes that aren’t happening.” Experts support that claim. Alexa M. Priddy of the Colorado Coalition Against Sexual Assault told Media Matters that there have been no issues of sexual assault resulting from her state’s adoption of a non-discrimination law in 2008.

Ya know who is more likely to be attacked going into the wrong bathroom? A trans woman forced into the men's room. So disappointed. #HERO

As Priddy argues, “the real focus be [should be] on the realities that transgender people are far too often targeted for sexual violence.” LGBT people are often the targets of violence, harassment, and discrimination. But unfortunately, we have no legal recourse in a wide majority of states. We can be evicted from our homes, fired from our jobs, and denied the right to pee.

Greg Abbott calls that “Texas values,” but I—and many Americans across the nation—call it bigotry. While those of us living in progressive enclaves might have legal protections, millions of Americans do not. This is not a big city or small town issue, it’s not a rural or urban divide, and it’s not about red states and blue states. It’s about allowing equal opportunity to pursue the American dream free from discrimination. It has become clear local action doesn’t work, and when it does, that work is too easily undone.

LGBT people can no longer wait. We need to pass the Equality Act, and we need to do it now.