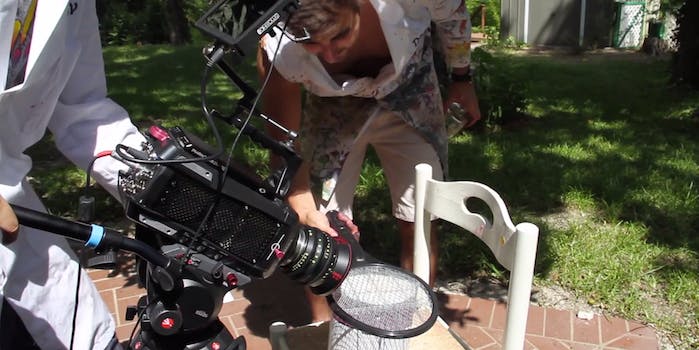 That one scene from A Bug's Life isn't so funny now, is it?

There are some things in nature that you don’t really need to see up close, like the death of a bug.

Of course, if you’re like The Slow Mo Guys, Gavin Free and Daniel Gruchy, you’ll push past that gross factor for science, which is how they ended up placing a housefly next to an electric zapper. Their morbid curiosity overcomes all other impulses; they can’t stop watching what happens to the fly when he hits the zapper two separate times. Naturally, they caught it all in slow-mo fashion.

Poor Frederick never had a chance.