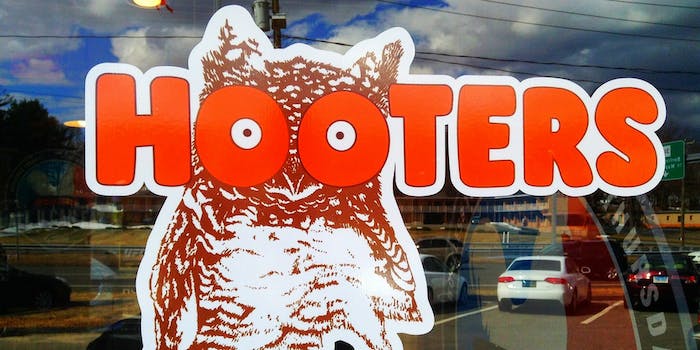 Hooters waitress wasn’t much help at this baseball game

Pitching perfectly is a whole different ballgame than serving up wings at Hooters. And this young woman won’t ever forget it.

On Thursday at a spring training baseball game between the Detroit Tigers and Philadelphia Phillies in Florida, a Hooters girl was (for some reason) helping out in foul territory. When a ball ended up in her zone, she attempted to send it into the fan stands. “Attempted” is the key word.

The goof has thankfully been preserved on Vine.

It might have been an embarrassing fail, but at least it’s not as bad as 50 Cent throwing out the first pitch at a Mets game.

H/T The Big Lead | Photo via jeepersmedia/Flickr (CC BY 2.0)