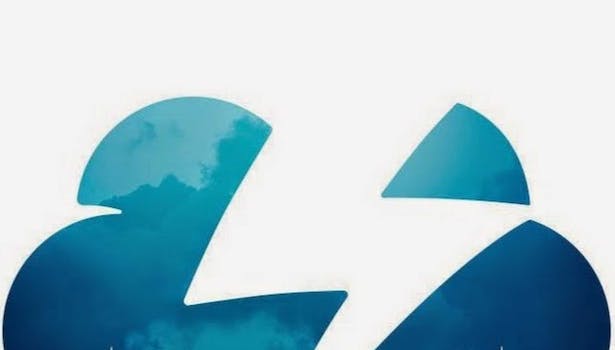 The ad campaign that shouldn't have and barely happened.

San Francisco-based cleaning startup Homejoy has pulled its advertising campaign from social media. The campaign hinged upon the depiction of an exaggerated, 1950s-style household—a wife and mother  lifting up a couch with superhuman strength to vacuum underneath it, her husband in repose, smoking, and her daughter zonked in front of the television. 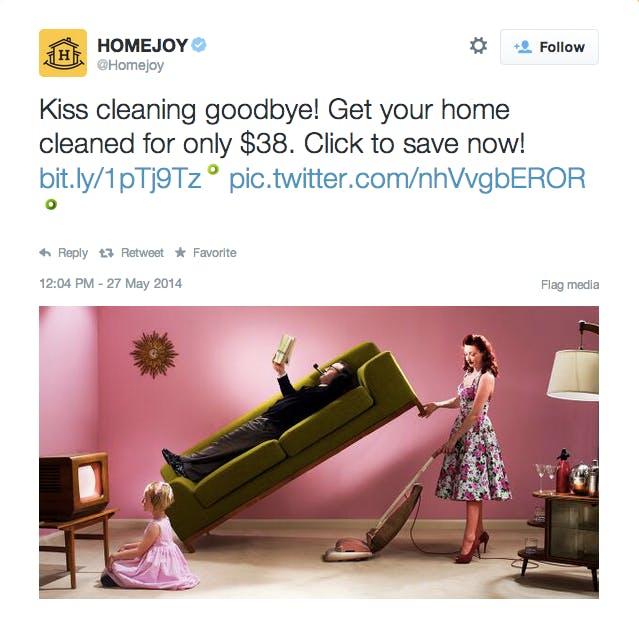 
Homejoy announced that they were pulling the ads after Jesse Berney, a speechwriter and comedian, jokingly shared a link to one of the promoted Tweets with Guardian columnist Jessica “Feminist author & killjoy” Valenti. Eight hours later, a Homejoy media relations representative chimed in to say that the ads were no longer running.

Despite encouraging people to reach out, Rose D.R. did not respond to multiple requests for comment.

As it happens, the same image appears on the website of Bloomington House Cleaning with a Getty Images watermark, so we can at least infer that this was not an advertising campaign that was paid for and approved by Homejoy. Still, why they decided to pull the ads is not clear. Berney wasn’t necessarily being critical, after all.

“I wasn’t trying to start a campaign to get the ad taken down. I just thought it was funny given the piece Jessica Valenti had posted that same day about men doing more housework,” Berney told me via email, referring to this piece by Valenti. “But it was the right call on their part.”

If I’m not mistaken, I’ve seen this ad promoted on both my Facebook and Twitter feeds. So even though Homejoy (likely) didn’t pay for the shoot, they’ve been paying for it to represent their company. Why the change of heart? The photograph is obviously cartoonish—but the reality it lambasts was… not far off. And there are households to this day where such divisions of labor (i.e. housework) obtain. It is not clear what offense Homejoy perceives itself to have caused—but then again, it’s not clear what the messaging of the campaign was supposed to be to begin with. Maybe what was offensive is that it was just nonsensical and bad.