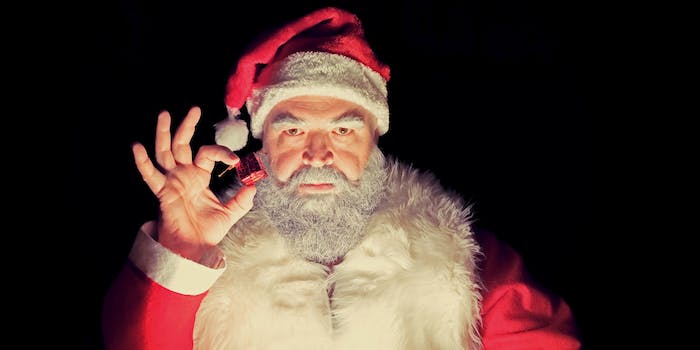 A holiday gift guide for all the haters in your life

Revenge is a dish best served with a worthless Starbucks gift card.

Tis the season for Holiday Gift Guides. Every year, media outlets around the world cobble together a bunch of mildly useful nonsense for your shopping convenience. As a professional journalist, my email account is constantly bombarded with artisanal mason jars and German board games out of desperate, thirsty inclusion on any potential guides I may or may not be writing.

This year at the Daily Dot, we’re doing something a bit different. Holiday gift guides exist so you can get the people you ostensibly love something generally acceptable for Christmas. But this list is for all your haters and enemies. Santa isn’t going to give them a lump of coal, so it’s time to take matters into your own hands. 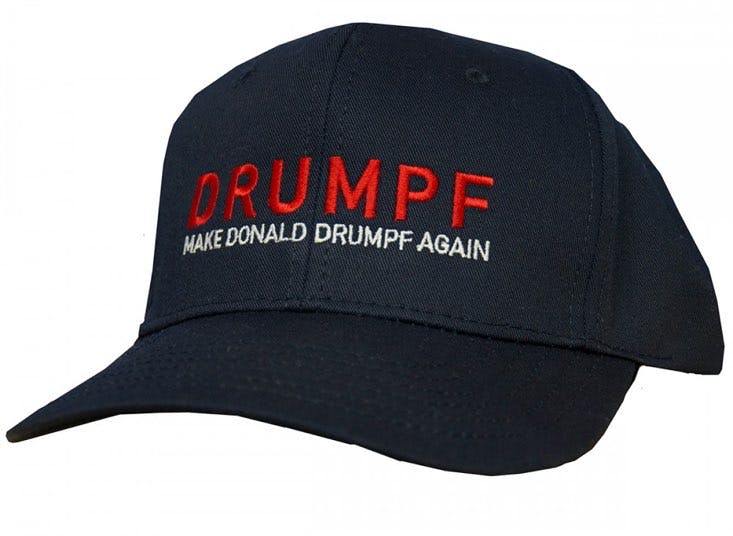 Remind your loved one of the failures of modern clickbait liberalism with a commemorative “Make Donald Drumpf Again” hat! Remember the salad days of, like, this spring, when we were all regarding Donald Trump as a grotesque meme clown with no chance to win the presidency? His last name used to be DRUMPF! HAHAHAHA! Oliver/Stewart for president, right guys?

Oh god, it’s all gone to hell. Make Donald Drumpf Again should become a permanent brand of the defeated. “Why did you all vote for Trump?! We had the best jokes! Didn’t you see what we wrote on Facebook?”

I love that you can purchase sod. I mean, technically sod literally means the natural infrastructure that makes up the Earth, but in our futurist, dystopian-if-you-think-too-long-about-it world, it somehow has a price tag. If you call up your local nursery, you can deliver a whole bunch of modular land to anyone you want, which would sound more strange if I wasn’t living within walking distance of an oxygen bar.

I’ve never been angry or petty enough to drop the cash necessary to deliver a studio apartment-sized plot of sod to an enemy, but it’s a pretty viable option. Keep it in mind if you hate confrontation but love really expensive revenge.

Yes, you don’t need some website to tell you that a ticket to Kid Rock’s summer cruise (also the future site of the Republican National Convention,  the way things are going) is a hilarious fuck-you to any of your friends. I mean, who doesn’t want to spend early April facedown in a trough full of cheese curds while listening to that one song that samples “Sweet Home Alabama?” Uncle Kracker played last year. That’s horrifying.

Kid Rock’s Chillin’ the Most Cruise

Go ahead and pour the nice 2014 vintage of Yellowtail you bought from Costco into one of those gilded Don Perignon bottles. This is perfect for the clueless snob in your life. I can’t wait for us to all to mistake the aluminum-barrelled accents for careful craftsmanship like the pseuds we are!

That’s right, David Remnick will come to the home of your enemy of choice, and write a 10-page New Yorker profile that reveals their subtle insecurities and hubris in stark, beautifully conceived prose. Force them to confront their buried family issues and tacit character flaws, and watch them cringe as Remnick offers a paragraphical aside on the symbolism of how the light hits their eyes. They’ll spend the rest of their life re-reading the passage that seems to imply that they’re a selfish friend, and never leave the house again.

Remnick hasn’t actually offered this as a service to the general public, but it would be devastating if he did.

Season 1 of The Napoleon Dynamite Animated Series on DVD 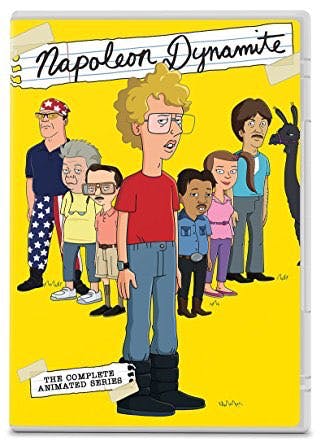 If you don’t remember, Napoleon Dynamite was briefly resuscitated as an animated series back in 2012. It featured the original cast! Which is kind of depressing because once upon a time I’m sure Jon Heder thought he was going to be famous. The physical release of The Napoleon Dynamite Animated Series is oppressive on multiple levels, because not only does it force you to reckon with the reality that success is ephemeral and we’re all stuck in the shadow of our greatest accomplishments, it’s also on DVD, which makes you think about death in a completely different way.

Fergie’s The Dutchess on vinyl

A couple months ago I saw the news that someone, somewhere, was actually repressing The Dutchess on vinyl. The Dutchess, if you don’t know, was Fergie’s only solo record. It hosts iconic tracks like “London Bridge,” “Glamorous,” “Big Girls Don’t Cry,” and our national anthem, “Fergalicious.” Future generations are going to look back on 2006 the way we look back on the pet rock. Nobody will understand.

So, yeah. In 2016 you can buy a 10-year anniversary reissue of The Dutchess. It makes zero sense. The only potential marketable audience is disaffected record collectors who think it’d be really funny to stock a Fergie album next to the Feelies. This would be especially funny if you bought it for someone who doesn’t even have a record player. I hope they reprint the Pussycat Dolls’ PCD next year. 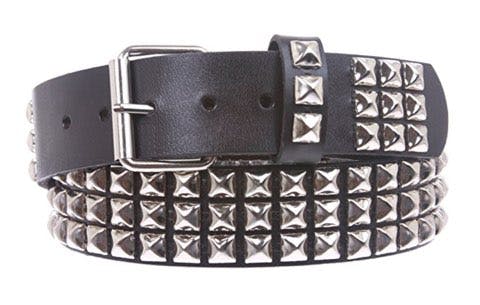 I just seriously can’t think of anything more useless to a grown-up than a studded belt. Does Billie Joe Armstrong even wear studded belts anymore? Is there anything less punk rock than a studded belt? I want to make direct eye contact with my best friend, who has a job and a wife, as he slowly realizes that I bought him a studded belt for Christmas.

Nothing says “I don’t know anything about you and I don’t care enough to learn” quite like a $20 Starbucks gift card. It is the preferred Christmas offering for aunts who have completely lost a connection with their nieces and nephews after they turned 12 and need to settle on something vaguely young-adult. “Do they already have The Hunger Games? Shit, alright, let’s go to Starbucks.”

I received so many Starbucks gift cards between the ages of 14 and 18. It is the most withering experience of the holiday. They didn’t even check to see if I liked coffee. Fuck Starbucks, and fuck their bullshit marketing that convinces every member of the elder generation that nothing makes a kid feel cooler than ordering a Frappuccino® Blended Beverage.

Also, it’d be really funny if you gave someone a Starbucks gift card with about 40 cents left on it.