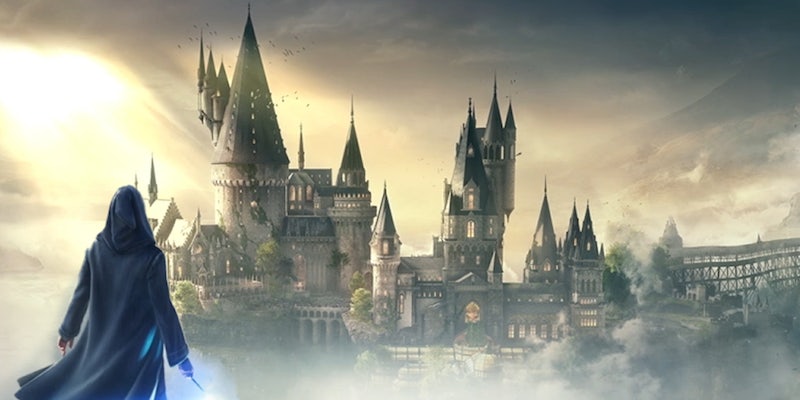 '...tells COMPANIES that they can still pay MONEY to TRANSPHOBES..'

The upcoming Harry Potter videogame Hogwarts Legacy was already controversial two years ago, and the situation is only getting more complicated as its 2023 release date approaches. In addition to the ongoing conflict over J.K. Rowling‘s anti-trans views, the game itself has been accused of using antisemitic tropes, and one of its lead designers faced criticism for supporting Gamergate.

Unsurprisingly given that context, there’s a vocal campaign for Potter fans to boycott the game. This idea became even more contentious this week, when pre-orders for the $299 collector’s edition sold out almost immediately. Scalpers are now selling those pre-orders for double the price on sites like Ebay.

While J.K. Rowling is now heavily involved in anti-trans politics, it’s hard to tell whether this has put a dent in Harry Potter‘s profitability. The mediocre box office returns of the Fantastic Beasts movies could just as easily be due to poor reviews, and the Potter franchise in general is a juggernaut. Many longterm fans may be openly critical of Rowling, but the franchise’s wider audience includes a lot of people who don’t know or care about the author’s political values.

With a spinoff like Hogwarts Legacy, the whole “can we separate an artist from their art?” debate gets a lot more complicated. Rowling isn’t directly involved with the game, but she will still profit from its success. So as pre-orders went on sale, fans began to argue about the ethics of purchasing the game, spurred on by a string of viral tweets calling for a boycott.

According to Rowling’s detractors, supporting the Harry Potter franchise is a tacit endorsement of her views. Rowling is rich and powerful enough to have real political influence, and right now she’s leveraging that influence as a leading name in the so-called “gender critical” movement, aligning herself with transphobic activists in the U.K. If Harry Potter continues to be a popular mainstream brand, this helps to shield Rowling from criticism.

Alongside these calls for a boycott in response to Rowling’s politics, there’s also a lot of criticism aimed at the game’s goblin storyline, which has been accused of playing into antisemitic tropes.

Set in the 19th century, Hogwarts Legacy involves the player helping to suppress a goblin rebellion. Previously portrayed as the secretive owners of the wizarding bank Gringotts (hmm!), the game expands the goblins’ history as an oppressed underclass, banned from utilizing wizarding-style magic. One of the main antagonists is a goblin rebel leader, and the player’s job is to defeat him. When this storyline was announced, it attracted criticism for its potentially fascistic undertones, with some fans arguing that the “hero” seems like they’re actually in the wrong.

But as these criticisms become more visible on social media, they’ve attracted pushback of their own. The game is still popular enough for a collector’s edition to sell out within minutes, and some Potter fans are frustrated by the idea that buying the game is “political.” Many make the argument that enjoying Harry Potter isn’t the same as endorsing Rowling—or argue that a boycott is pointless, and fans may as well just enjoy the game.

This idea of supporting Rowling’s brand while opposing her politics really highlights the personal nature of Potter fandom. Harry Potter is still a huge part of some people’s identity, and that’s very visible in the way certain fans frame the anti-Rowling backlash as a personal attack. Basically, they don’t want anything to harm their enjoyment of the franchise. There’s a real urgency to the arguments behind this boycott, but if you love Harry Potter and see Hogwarts Legacy as “just a game,” then those arguments are apparently quite easy to ignore.