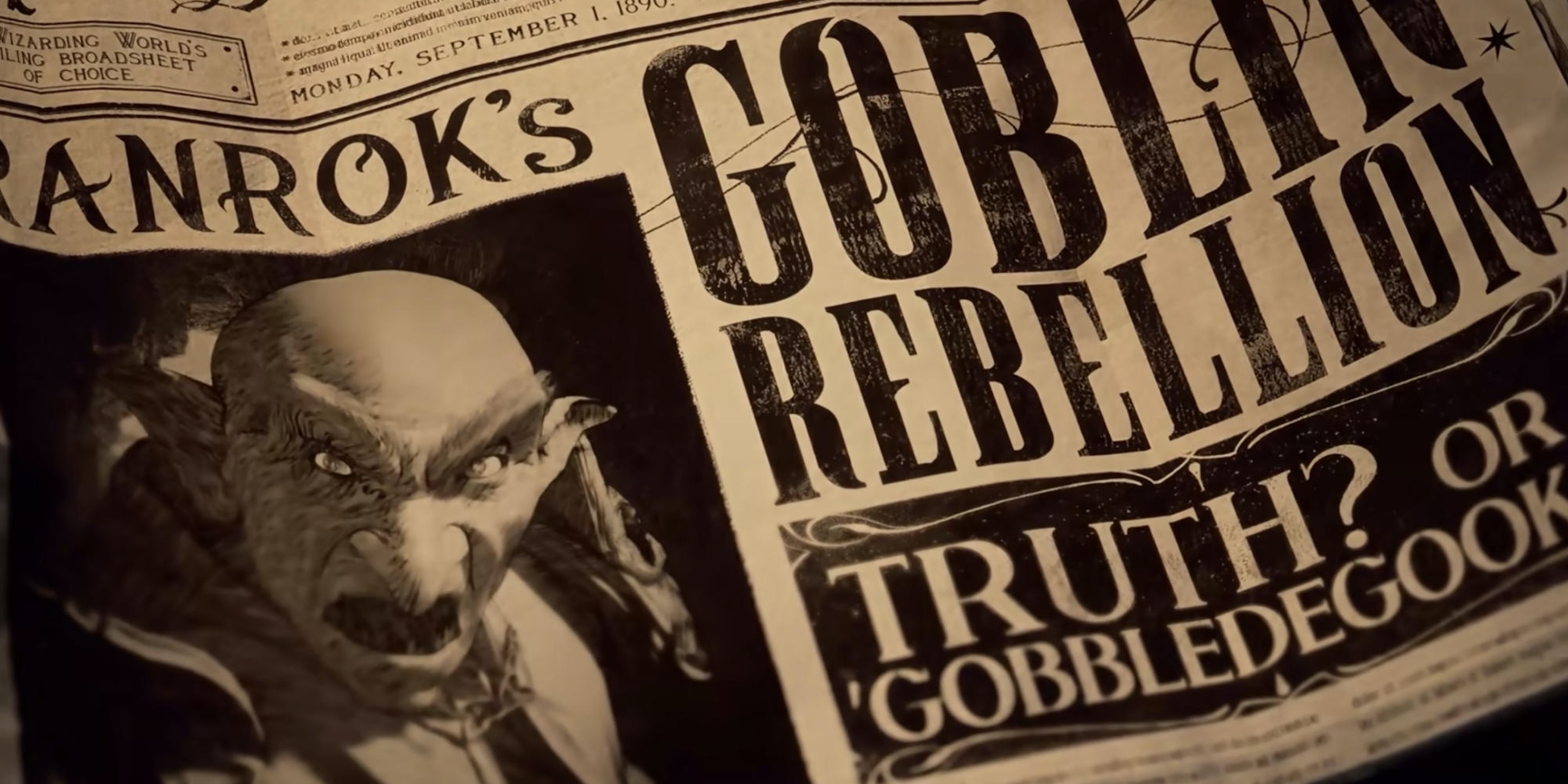 The villain reveal led to a resurgence of an old criticism.

Last week, Warner Bros. Games and Avalanche Software unveiled the gameplay trailer for Hogwarts Legacy, the new Wizarding World open-world role-playing game that allows players to go to Hogwarts in the late 19th-century and stop mounting threats in and out of Hogwarts. But, as details start to emerge about the game’s plot, new complaints highlighting a criticism that’s long been directed toward the Harry Potter franchise emerged.

Hogwarts Legacy, which is set for a Holiday 2022 release, has been the subject of criticism practically since its inception. Much of that has to do with the perception that J.K. Rowling is directly involved with the game (Warner Bros. Games said that she is not) and how she will still stand to profit from it, leading many to call for a boycott because of Rowling’s anti-trans viewpoints. But the gameplay trailer, which was first released on Thursday, has been criticized for its employment of a goblin rebellion and a goblin, which some have interpreted as an antisemitic trope, as one of the game’s villains.

According to a PlayStation blog post about the game, Hogwarts Legacy is centered around a character whose “ties to an ancient magic put you on a collision course with a goblin rebellion led by Ranrok, aided by his alliance to the Dark wizard Victor Rookwood.”

“Ranrok has seen a glimmer of a magic that wizardkind tried to hide—even from themselves—and he wants that power in particular. His worldview is skewed by his hatred of wizards, which makes his alliance with Victor Rookwood particularly tenuous,” narrative lead Moira Squier told WB Games Avalanche community manager Chandler Wood. “Once Ranrok gets what he wants, no one will be able to stop him and the wizarding world will be doomed.”

The gameplay trailer introduces viewers to the section about the goblin rebellion around the 4:50 mark in which the main player, on a train next to a Hogwarts professor, is shown a copy of the Sept. 1, 1890 issue of The Daily Prophet. On the front page is a moving and sneering photo of a goblin named Ranrok and the headline, “Ranrok’s Goblin Rebellion: Truth? Or Gobbledegook?”

The narrator also mentions “creatures corrupted by a powerful force”; a mix of goblins, witches, and wizards willing to do anything (even killing people) to achieve their goals; and the “uneasy alliance between the goblins and Dark wizards.” In the next scene, the main player eavesdrops on a conversation between Ranrok and Rookwood as they discuss a plan gone awry that involved kidnapping a child. (It’s unclear if the child Ranrok wants to kidnap is the playable character or another child in the game.)

“You said you could get to the child when they came to Hogsmeade,” Ranrok said to Rookwood. “That all you needed was a distraction. I gave you a distraction.”

“I just watched a student take down your distraction,” Rookwood replied. “Who is this child? What are you not telling me?”

In the Harry Potter series, goblins are clever creatures who worked well with metals and money, and due to their affinity with the latter, they run the Wizarding bank Gringotts. They’re often described as having long fingers and hooked noses who don’t always trust humans and they led numerous rebellions with the Wizarding World over the centuries. The series (books and films) has been criticized for its depiction of goblins for several years with it getting more mainstream attention after Jon Stewart called it out on his podcast a couple of months back. (He later said he was joking and didn’t think that Rowling or Harry Potter was antisemitic.) A statement from the Campaign Against Antisemitism at the time suggested that the link was less about malicious intent from Rowling or the people behind the Harry Potter movies and “a testament more to centuries of Christendom’s antisemitism.”

The backstory around goblins in Harry Potter complicates their use in Hogwarts Legacy. While goblin rebellions were the kind of historical event that Harry Potter and his friends often tuned out of in their History of Magic courses, an extensive interactive test once published on Rowling’s website listed some of the potential reasons behind some of the goblin rebellions to include a lack of representation, being banned from carrying wands, an attempt by the Wizengamot to enslave goblins in a similar manner to house-elves, or deaths by a serial goblin killer.

Much of that, like many of the threads that Rowling posted over the years, are the kinds of tidbits included to enrichen a world. But while the goblin rebellions are mostly mentioned off-hand as a joke in the main series—the implication is that the rebellions, as detailed by Professor Binns, are far more boring to Harry Potter and company than the name suggests—present more problems. The reasons behind some of the rebellions include trying to fight for more rights, fight off enslavement, and the right to use a wand to channel their magic. Even with the Dark wizard association meant to make it a much clearer call for the main player to fight against them, the context of those actual rebellions makes the idea of quashing it kind of gross for some people.

We’ve reached out to Warner Bros. Games for comment.