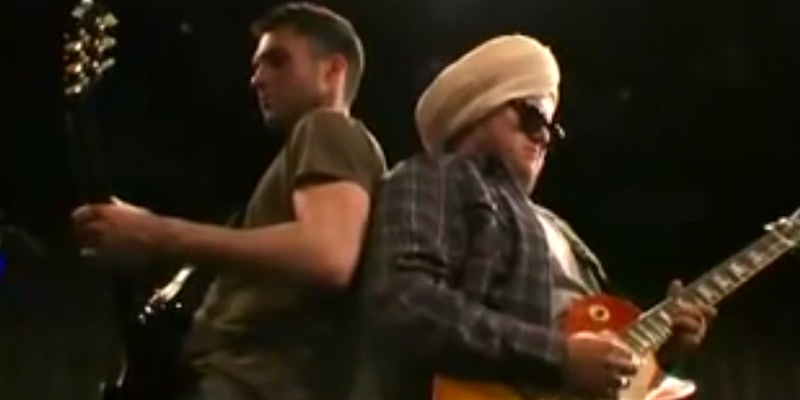 That claim becomes abundantly evident when you tack their likeness onto an eight-minute “Behind the Music” parody about a producer named Slick Rubin (Hill, playing some weird reformation of iconic producer Rick Rubin) and his awful song “HJ Train,” an epic, ever-changing track about getting one’s pecker polished by the palm of someone else.

Though its original copy got deleted shortly after its posting, mirror copies have cropped up on YouTube. The video was produced just before Hill made Superbad and comes with direction from Nicholas Jasenovec, who directed the coming-of-age comedy.

“This is fucking stupid,” says Levine about the track, though he’s obviously in on the whole joke. He and his bandmates start playing Hill’s “song” around the 3:45 mark, and it’s pretty terrible and stupid.