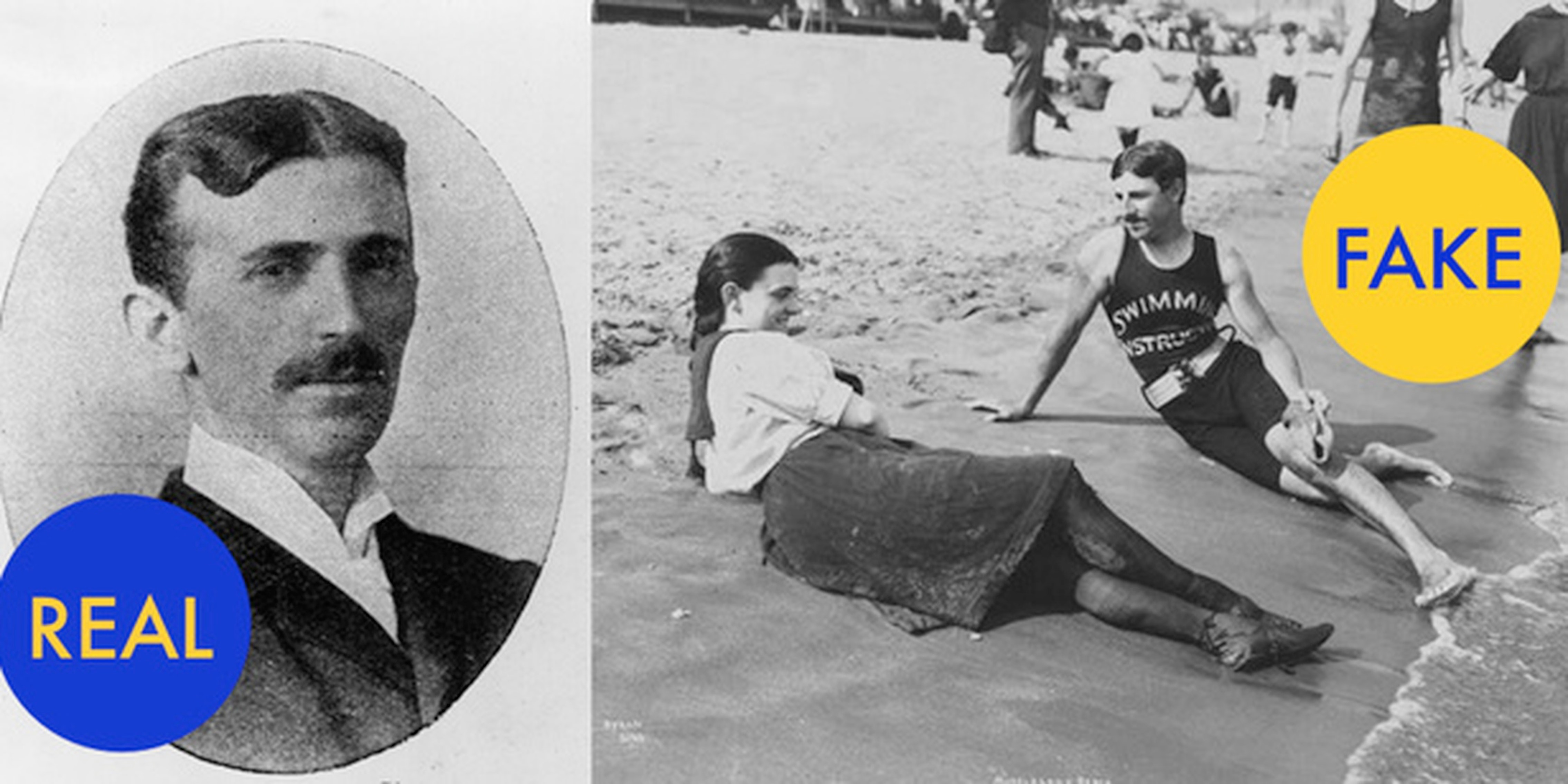 It’s history, not a viral feed

For months now I’ve been stewing about how much I hate @HistoryInPics and their ilk.

For months now I’ve been stewing about how much I hate @HistoryInPics and their ilk (@HistoryInPix, @HistoricalPics, @History_Pics, etc.)—Twitter streams that do nothing more than post “old” pictures and little tidbits of captions for them.1 And when I say “nothing more” that’s precisely what I mean. What they don’t post includes attribution to the photographer or to the institution hosting the digital image. There’s no way to easily learn more about the image. (You can, of course, do an image search through TinEye or Google Image Search and try to track it down that way.)

Alexis Madrigal recently wrote a piece for The Atlantic revealing that @HistoryInPics is run by a couple of teenagers who are savvy at generating viral social media accounts to bring in money:

They met hustling on YouTube when they were 13 and 15, respectively, and they’ve been doing social media things together (off and on) since. They’ve built YouTube accounts, making money off advertising. They created Facebook pages such as “Long romantic walks to the fridge,” which garnered more than 10 million Likes, and sold them off. More recently, Di Petta’s company, Swift Fox Labs, has hired a dozen employees, and can bring in, according to an Australian news story, 50,000 Australian dollars a month (or roughly 43,800 USD at current exchange rates).

Madrigal’s piece focuses primarily on the ethics of the pair making money off of unattributed photographers’ work. (Unsurprisingly, they are entirely nonchalant about their appropriation of such photographs.) That aspect of these posts is part of what bothers me. (Unsurprisingly, as an English Ph.D who works in a library, I’m a firm believer in attribution.)

Another aspect of those accounts that makes me batty is their casual relationship to the truth. Matt Novak, in his Paleofuture blog, has written about some of the most ridiculous of viral photos, tracking down what they really are, rather than what their posters purport them to be. In “9 Fun Facts That Are Total Lies” and “7 (More) Fun Facts That Are Total Lies” Novak reveals, shockingly, that Teddy Roosevelt didn’t ride that moose across that river and that Nikola Tesla wasn’t a swimming instructor. (Disappointing, I know.)

Nikola Tesla was many things: a pool hustler, a gambling addict, a eugenicist, and a legendary genius. But despite what you may have seen recently in the miscaptioned photo above, Nikola Tesla was never a swimming instructor.

The photo is actually from 1898. And while the photo does bear a resemblance to the genius inventor, it’s almost certainly not him.

By 1898, Tesla was neck-deep in robotics, radio, and X-ray research. The man was also quite wealthy, enormously famous, and an obsessive tinkerer not known for taking leisurely swims. It seems highly unlikely that he took up a day job as a swimming instructor. But I wouldn’t be surprised one bit if someone was working on a graphic novel with a similar plot at this precise moment.

I can’t stand going through these feeds to find more too-good-to-be-true images, but I’m sure that you could, faithful readers. First, however, you’d have to get over your shock that a huge portion of what they post—and making up their most popular content—are pictures of celebrities. The Beatles as teenagers! Michael Jordan in college! Paul Newman with a beard! Kurt Cobain! Marilyn Monroe—again and again and again!

I only know about these accounts because people retweet them a lot (even, most horrifyingly, people whose jobs involve a respect for metadata and historical accuracy). At first I thought the accounts were just odd—who knew there was such a pent-up demand for old photos?—and then as they started proliferating, they starting annoying more and more. I muted them so that they wouldn’t show up in my Twitter feeds, but they continue to bother me (it’s hard to mute them all, since there are so many of them).

Neither Madrigal nor Novak get all of what bothers me, although they each get a part of it. So let me tell you what gets my goat.

Feeds like @HistoryinPics make it impossible for anyone interested in a picture to find out more about it, to better understand what it is showing, and to assess its accuracy. As a teacher and as someone who works in a cultural heritage institution, I am deeply invested in the value of studying the past and of recognizing that the past is never neutral or transparent. We see the past through our own perspective and often put it to use for our own purposes. We don’t always need to trace history’s contours in order to enjoy a letter or a photograph, but they are there to be traced. These accounts capitalize on a notion that history is nothing more than superficial glimpses of some vaguely defined time before ours, one that exists for us to look at and exclaim over and move on from without worrying about what it means and whether it happened.

But history is not a toy. It’s not a private amusement. And those of us who engage with the past know how important it is and how enjoyable it can be to learn about it and from it. These accounts piss me off because they undermine an enterprise I value. Historical research—indeed, humanistic inquiry as a whole—is being undermined by the constant plugging of economic value as a measure of worth, the public defunding of higher education, and the rampant devaluing of faculty teaching.

And so @HistoryInPics makes me angry not for what it fails to do, but that it gets so many people to participate in it, including people who care about the same issues that I do. Attribution, citation, and accuracy are the basis of understanding history. @HistoryInPics might not care about those things, but I would like to think that you do. The next time you come across one of these pictures, ask yourself what it shows and what it doesn’t, and what message you’re conveying by spreading it.

And so as to not leave you on an angry note, I leave you with the following recommendations. Want some old pictures to laugh at? @AhistoricalPics is a hilarious, spot-on mockery of the trend. Looking for a Twitter feed that will call attention to interesting historical tidbits while also providing accurate information and reliable attributions? @SlateVault, curated by actual historian Rebecca Onion, is a vault of treasures indeed. If those don’t give you enough outlet for your whimsy, try @libraryofaleph, which tweets verbatim the captions of images in the Library of Congress, allowing your imagination to run wild and then letting you search the Library of Congress yourself.

Follow these accounts and resist the others. You’ll thank me in the long run.

“Surfeit.” “Winde.” Plague. This Bill of Mortality shows how Londoners died, one week in 1665 https://t.co/xUomXPThHJ pic.twitter.com/FcxkfybV40

Skating while they work: messenger girls in a large Western Union Telelgraph Company on roller skates

Sarah Werner is a digital media strategist for Folger Shakespeare Library. This post was originally published on her site, Wynken de Worde, and has been reprinted with permission.