All she's missing is an #ImWithHer neck tattoo.

But redditor Taketimeserious posted one of the funniest Tinder doppelgänger finds we’ve ever seen to the r/tinder subreddit on Tuesday with the caption, “It might be me, but this chick looks like an outrageous tatted version of Hillary Clinton.” 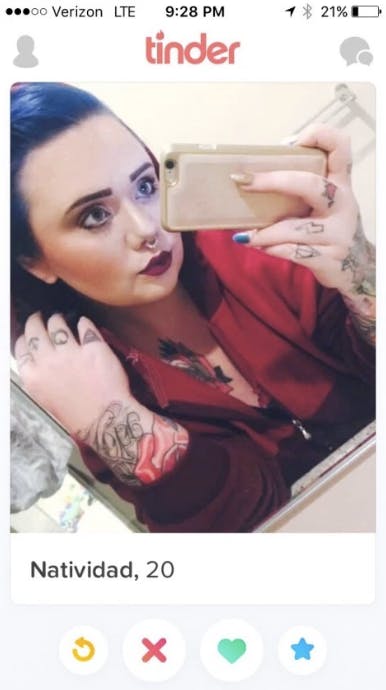 It’s not just you. We definitely see it. She is totally young Hillary. If young Hillary sported a Kylie Jenner-esque lip, a septum piercing, and a whole mess of tattoos.

The post has received over 5,000 upvotes, and a wide range of comments. Some have simply affirmed that yes, this definitely looks like Hillary.

While others have noticed that Hillary’s not the only one she resembles.

And some even think they might have the perfect match for her.

Har har. Very funny. But maybe, just maybe, this is all part of HRC’s campaign?

If so, well played, Hill. Go get that youth vote.