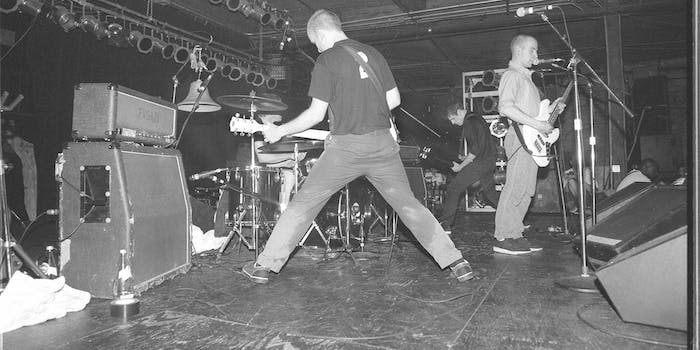 Photo via Molly Stevens/Flickr (CC BY 2.0)

Internet demands to hear what Hillary knew about Fugazi

This week, the politically engaged public was dismayed as presidential hopeful and media darling Hillary Clinton was made to endure over 11 hours of Republican grilling and accusations about the 2012 terrorist attacks in Benghazi, Libya.

But those who weren’t as familiar with the former Secretary of State’s ongoing scandal had strong feelings about the whole thing. They asked: Why is Hillary being made to endure these brutal Fugazi hearings?

Post-hardcore and melodic, the Washington, D.C., punk band has been on indefinite hiatus since 2003 after a long career of making punk shows accessible through all-ages venues and low concert ticket pricing.

So why, in 2015, are Ian Mackaye, Guy Picciotto, and other Fugazi members being so mean to Hillary?

The week of the Benghazi committee hearing, the Internet had no shortage of questions about Hillary and Fugazi. How was the band connected to all this politics stuff? Is it because they were from D.C.? Is Hillary straight-edge? Is she going to get black X’s tattooed on her hands?

Now that'd be an 11-hour show worth watching. #fugazi #benghazi

If the years-long inquiry so far is any indication, the Republicans are not going to back down on this Fugazi business any time soon. The Daily Dot will be updating this story with more information as soon as we hear back from Dischord Records.

Photo via Molly Stevens/Flickr (CC BY 2.0)