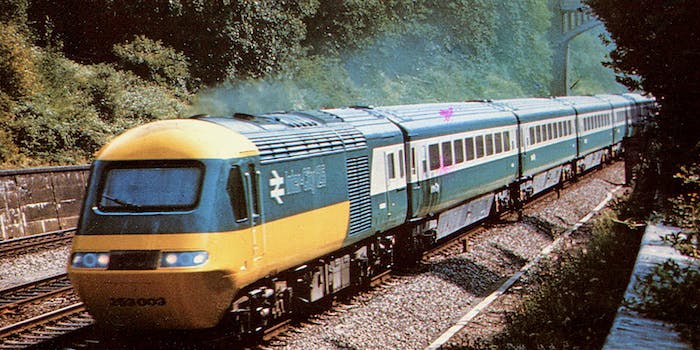 Is high-speed rail America’s bullet train to the future?

Tech won't just bring America into the 21st century. It may also bring us out of our Great Recession.

California’s high-speed rail project has become mired in controversy, red tape, and endless debate as people hotly argue for and against one of the most ambitious railway projects in the contemporary United States. The $68 billion project, projected for completion by 2028, would span from L.A. to San Francisco—and points in between. Those for it point to the economic and social benefits of sound public transit systems, the obvious potential gains in improving U.S. rail infrastructure, and the appeal of a transit that could allow for incredibly fast travel times between San Francisco, Sacramento, Los Angeles, and other points in California.

Those against bringing modern tech into California’s public transit future are often primarily concerned about cost: Is high-speed rail worth the price tag? 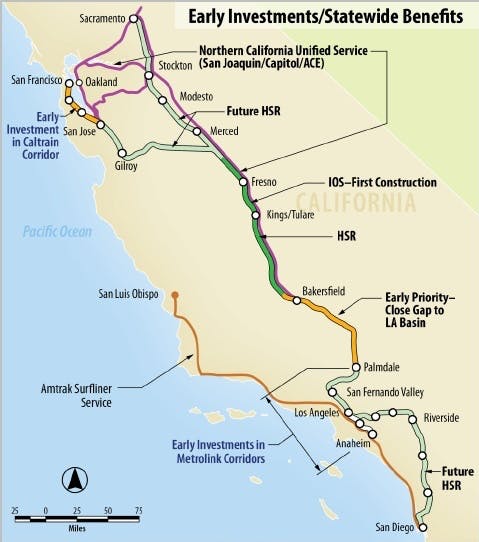 One of the most compelling and basic cases, though, is one of pure and simple economics, as seen in other regions with functioning high-speed rail programs or proposals for the same. Across the U.S., there are clear benefits to upgrading the technology of rail to more modern iterations, reflecting one clear instance where new technology really is the wave of the future and really will create positive social change.

By embracing high-speed rail technologies, cities and towns in California can experience an economic renaissance. Yes, installing the system will cost billions and take years, but the end result will be worth it—as long as it’s well engineered and developed to address the needs of future trains and passengers. The future is now, and it’s in high-speed rail; there’s a reason nations around the world are running high-speed trains. Furthermore, many of those same nations are investing heavily in development to improve speed and safety, creating systems that are only getting better, and we can learn from their experiences.

There was a time in the not too distant past when the United States was the nation of rail, with the most innovative, and long, rail network in the world. That all changed at the turn of the 20th century with the advent of the motor vehicle, when automakers began pushing their products hard, to the point of tearing out track. In the middle of the century, General Motors and related firms even snapped up streetcar and other public transit companies across the U.S. and dismantled them, leaving people with no alternative: Time to turn to the car.

The U.S. public transit system is weak and disjointed. It’s primarily used by low-income people, with a few rare exceptions. In New York, for example, it’s impractical to own a personal vehicle, and thus, people of a variety of social classes can be found rubbing shoulders on the city’s impressive subway system. In Los Angeles, not so much.

Today, California is realizing what it lost, as it prepares to revamp thousands of miles of track that’s no longer fit for use, and certainly isn’t prepared to handle high-speed trains. The state’s high speed rail proposal would connect some of its most important cities along a corridor running through the backbone of California’s industry and agriculture, creating a network that could prove to be the foundation of an incredibly strong economic recovery

The U.S. Conference of Mayors released a detailed study on high-speed rail looking at Chicago, Albany, Orlando, and Los Angeles as test cities, exploring what would happen if the cities were provided with high speed rail service. All four cities would receive billions in new business sales, thousands of new jobs, and billions in new wages—Los Angeles, for example, could experience growth by as much as $6.1 billion in business sales, with 42,000 new jobs and $2.5 billion in new wages.

High-speed rail, in other words, stimulates substantial economic growth. The American Public Transport Association estimates that every $1 in spending generates a $4 return, a compelling argument against the claims that high-speed rail is simply too expensive to implement.  Especially with a nation struggling to recover from a recession, substantial investment in infrastructure should be a serious consideration for revitalization efforts; not only will it create jobs and income during construction, but it will stimulate long-term growth. It worked with the Works Progress Administration during the Depression, and it can again.

Another key economic component of the case for high-speed rail in California and elsewhere is that it will radically reduce dependence on foreign oil, and congestion in other transit systems. Trains running on dedicated lines will run on time, without interruptions, save for the stops on their routes. They can run in a variety of weather conditions and aren’t subject to traffic jams, accidents, and other barriers that lie in the way not just of drivers, but other public transit systems—buses, for example, become trapped in traffic even when they have dedicated lanes and turn signals. Flights are cancelled at the drop of a hat, or a rogue snowflake on a weather map.

APTA estimates that some $140 billion is lost annually as a result of congestion. People trapped in traffic aren’t working (or, for that matter, de-stressing after work, spending time with their children, or doing errands), and that translates into money lost, not just frustration while sitting on the freeway or looking gloomily out a bus window. A trip that takes just 20 minutes in off periods can take two hours (or more) in the height of rush hour—and rush hours are growing longer and longer in many U.S. cities. Rail systems are also highly scalable – no more endless wasted construction funds on new highways and airports to accommodate growing populations. Just add a few cars to the train to ensure everyone has a seat.

The increased mobility available through high-speed rail is another point in its favor. Economies tend to experience more even, healthy growth when people can easily get from place to place, no matter what their economic class or social status might be. With costs at a fraction of those associated with air travel, and travel times cut down radically from cars or inefficient public transit, the technology of high-speed rail could revitalize communities.

Particularly those along the fringes. Those who live in “second-tier cities” like Bakersfield and Fresno can access the benefits of urban living through high speed rail—including culture, better medical care, and increased employment options. High-speed rail also tends to encourage dense, sustainable development around stations and terminuses, creating new communities and new opportunities. Even if residents can’t find local employment, their commute is just a few minutes away on a train going hundreds of miles an hour.

This represents huge opportunities for residents of disadvantaged rural communities in the U.S. Rural residents are among the poorest, least educated, and least empowered of Americans, thanks to their isolation. All that could change with high-speed rail connecting to their communities or nearby locations. The painful journey from Fresno to San Francisco, for example, could become a short and pleasant trip on a train.